Callan Mulvey and Jack O’Connell reveal their secret to wearing leather underpants in “300: Rise of an Empire” 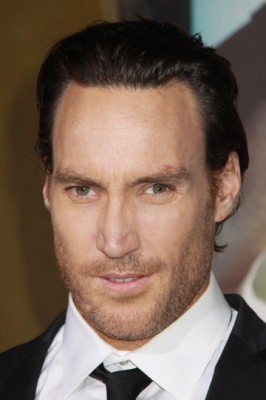 300: Rise of an Empire is the sequel to the 2007 film, 300. Yes, all the Spartans were killed in that film, so we have new guys to don the leather underwear while fighting the Persians.

Callan Mulvey and Jack O’Connell, who play Scyllias and his son Calisto respectively, told us about their experience with this challenging and highly anticipated film. 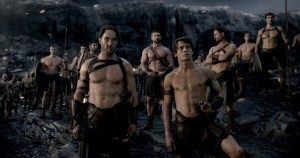 Did you reference the first film with your performance?

Jack O’Connell: I was very keen to be able to introduce a youth element to the story, and obviously it was relevant to the paternal relationship with Callan’s character, Scyllias, and how that sort of battle mentality can potentially age an individual. I guess Calisto is younger than myself but, perhaps, more mentally mature, which I didn’t think featured in the original picture so it was a new idea from the writing team. I was in a position where I was kind of at the peak of my life, the prime of my life, anyway, physically. I’ve since peaked, and now I’ve got documentation.

Callan Mulvey: I felt that stylistically that part of the world had been taken care of so it was primarily up to us to just find those humanistic threads to our characters and portray those relationships particularly with Calisto in a realistic way.

Since the men are half naked in this film and also have fighting scenes, their task was difficult. In order to build their body, who had the hardest job?

Jack O’Connell: I certainly took a lot of inspiration and very useful tools from seeing Sullivan’s (Stapleton, Themistokles) approach, who unfortunately isn’t here today (he injured himself while shooting a TV show in Thailand). I feel he really led the piece, in terms of endurance anyway. I think he shares that with Themistokles perhaps. But for me, as a young actor aspiring, it was definitely beneficial to be on set with the likes of him. I hope that’s relevant. 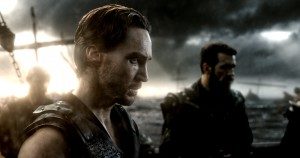 Callan Mulvey: I think everybody went straight to fat camp once we stopped filming. I think, for me personally, I never want to look at chicken and broccoli again which is basically all we ate. Just lifted things constantly. We were learning all our fight sequences right up to the shoot and training throughout the shoot so it was quite exhausting. But the great thing was they trained us in such a way you weren’t trained to have your chest look like this or an aesthetic look. You were trained so that you could move and you really see that with everybody in their fight scenes that they could actually move the way they were supposed to and you didn’t have to have the stunt doubles in as much.

Okay, let’s get to the hot topic of those leather, barely-there costumes… How comfortable were they to wear? Especially during the fight scenes? 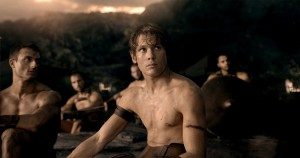 Callan Mulvey: Just one word, Vaseline. You’re wearing leather underpants. They’re not the most comfortable garment to run around chopping people’s heads off in. But the negatives were taken care of by plenty of Vaseline to stop the chafing.

Jack O’Connell: I’d just like to second what Callan said. We went through a lot of Vaseline. We actually shared some, didn’t we?

Callan Mulvey: I have to say he loved it. We had an incredible costume designer. I’m sure there was a lot of thought going into what we would have to do within these costumes and it was very easy to move in them, for myself anyway.