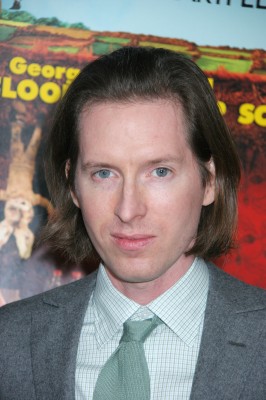 There are particular directors, renowned, who create films that are specific and unique to them. Styles and visuals are quickly associated with their films. Wes Anderson is one of those directors. His latest project The Grand Budapest Hotel looks and feels like a Wes Anderson film. The Grand Budapest Hotel tells the story of a famous European hotel concierge, Gustave H, who becomes involved in a conspiracy of theft, murder, and escape. With plenty of action and dark humor, this adventurous story is recounted by a famous writer. Certainly he has come into his own as a filmmaker. So, we asked about how his projects come to birth, inspirations, creating characters, and the outstanding ensemble cast: Ralph Fiennes, Bill Murray, Owen Wilson, Jeff Goldblum, Edward Norton, and more. 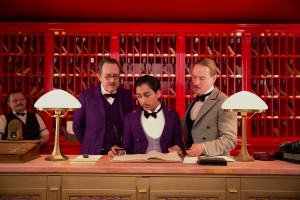 Q: Which came first, the character Gustave or the design of the hotel?

The first part of the script—I wrote it with my friend Hugo [Guinness]—we came up with it many years ago, like six years ago. It was the first part of the Gustave story. We had that character and we had that inspiration in real life for this character. We wrote a section of it but we couldn’t really figure out what happened next, and it was set in the present. There was no hotel and he wasn’t a concierge or anything. It was only many years later when I had become interested in Stefan Zweig’s work, which I’d never read before, and I had this thought to do something rather Zweig-like, and to use this character we had and this bit of story we had and this idea that it would be in a hotel and [Gustave] would be a concierge. Then it all seemed to have the key ingredients. We wrote the thing very quickly after that. The [design of the] hotel came in later.

Q: You wrote this for Ralph Fiennes. What would you have done had he said no? Since you have a repertory company with Owen Wilson and Bill Murray, do you write your screenplay imagining them in the roles? 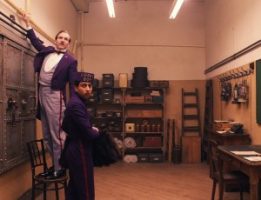 Sometimes I may have more of them in mind. This time, I just had Ralph. I didn’t say anything to him, because over the years, sometimes I feel like the best way to make someone not want the part is offer it to them. Maybe it’s just psychology. Maybe it’s just actor psychology. Because I was so locked into it—I only do one movie at a time—I don’t have six scripts sitting around and think, “If this one doesn’t go, I’ll do the other one.” This is all I’ve got. And I’ve only got one guy that I thought could play this so I was very anxious about it. So I don’t think I would have accepted him saying “no.” I would have been all over him and, at a certain point, he probably would have had to break down. The hardest thing to get past is if an actor is going to direct a movie, it’s hard to pull somebody out of that. He was just finishing [The Invisible Woman]. If the timing had been different, I could have been waiting a year and a half for him.

Q: Your style is so synonymous with your name. How does it feel that people compare other movies to yours, or that people say, “I want to make a movie like Wes Anderson does?” 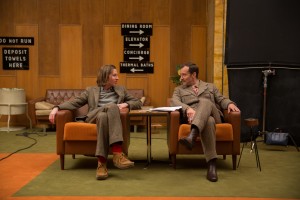 Well, it’s pretty good. I like that. I think usually I might not have seen if they’ve done that or not. But I just think that’s nice. I know who my inspirations have been, and how closely I’ve wanted to do something like this person, that person, and how many ideas I’ve stolen from these guys and how many things I’ve just literally recreated what other filmmakers did. And so I think it’s nice that there’s a continuity and you can see people kind of take something from the other and make it in a new way.