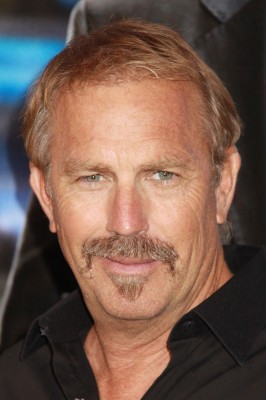 Kevin Costner has been busy lately. We just interviewed him for 3 Days to Kill in February, and now he has another new film, Draft Day, in which he plays Sonny Weaver Jr., the general manager of the Cleveland Browns, an NFL team. The film portrays the drama on draft day, which lasts from morning to the night after the draft day party. Sonny is under pressure to not only rebuild his team to be successful but also his girlfriend has just discovered she’s pregnant.

How does Kevin himself handle pressure in his life? When I asked him that question, he could not hear it — maybe my voice is too soft or he’s listened to too much loud music or he went to another planet for a moment. After he asked me to repeat the question, he replied: 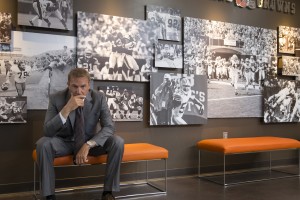 “It’s not your fault. It’s me and rock-n-roll. You were perfect. In the old days, they’d say, ‘You’re not listening, Kevin. Go to the back of the class.’ Oh, that really helps. Wow, I can’t hear and now I’m in the back. A really sensitive teacher. How I deal with pressure… I have a tendency to probably be at my best under pressure. I have said before – somebody asked me this – and I said I actually play sports better when I’m mad. Some players don’t play better when they’re mad. They lose their sense of where they’re at. I have a tendency to do better when I’m under pressure. I’ve had moments in my life where it was all out on the table, everything I had, because I had a strong belief that what I was doing, other people could believe in it too, if I can get it just right. So, I have a tremendous belief in people – not that people don’t let me down, and not that I haven’t maybe let people down – but I have a tremendous belief in people and in the common experience. I feel like I’ve been able to live a dream life, but my view of things is absolutely inside behavior, about how I behave and how I count on other people behaving.” 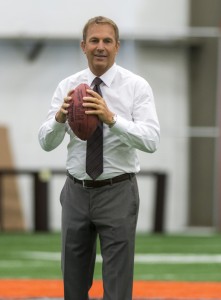 Sonny is the one who picks the players, and we wondered if Kevin himself had any experiences where he was waiting to be picked. He told us his “draft day” moment.

“The Big Chill was the moment. Because somebody wants to say, ‘Well, it’s not good if it wasn’t fulfilled and it wasn’t a hit.’ But there are athletes you pick sometimes not based on their statistics, but what you actually intuitively know they can actually do. So for me, the box office, I didn’t need to appear in a movie to know that was a pivotal moment for me. Other people maybe [say], ‘Oh, man…’ but for me, I knew that it was happening, so I looked at it differently.”