EXCLUSIVE!! “Guardians of the Galaxy Vol. 2” star, Dave Bautista from the ring to the screen. 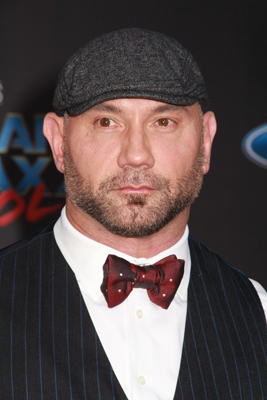 Semi-retired WWE World Champion star turned to actor, Dave Bautista plays Drax in Guardians of the Galaxy series and will also co-star with the powerhouse cast in Blade Runner 2049. I was lucky enough to sit down with him EXCLUSIVE and ask him about Tokyo premiere and what his trip from wrestling opponents to auditions has been like. 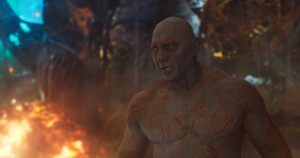 Q: Tell me a little bit about your recent trip to Japan. How many times have you visited the country?

I have been to Japan maybe five or six times already. What’s weird though is this last trip was the first time I have ever been there and had a complete full day off.  So I actually got to go out and see a little bit more than usual. Cause my trips there I have never been to the Imperial Palace (Tokyo, Japan) and we also went and checked out a shrine and we got to walk around with my mom. I took my mom as well. So it was a nicer experience then most of the times I have been there in the past. 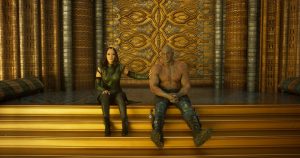 Q: How about the food?

Yeah, food I love. The sushi, because I am a sushi junkie. I can literally sit and eat sushi all day. I live in Tampa, Florida. It’s not like the capitol of sushi, we don’t have good sushi there. Getting good sushi is a luxury.

Q: My hometown has the best Sashimi in Japan. On your next trip to Japan you should go there.

I should, where is it? 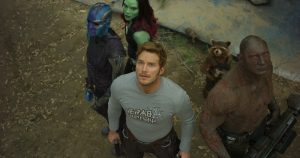 OK. Let’s talk about your life. Your entertainment career actually started on the athletic side as a wrestler for WWE. What is the life like and what would you say has been the biggest lesson you have learned from being a professional wrestler?

The biggest thing that I always carried with me was the work ethic that I got from working with the WWE. Because It’s not an easy life. It’s a hard life and a year around job. We don’t have off seasons like most athletes would have. It’s a constant grind. It really teaches you to have a really tough skin and to be professional and deal with people in a professional manor. Also deal with large numbers of people. That’s what brought me out of my shell because I was always a very shy kid but was forced to learn how to deal with large numbers of people. 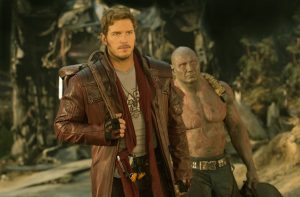 Q: Did being a wrestler first help with becoming an actor?

I think there are certain aspects. With The Rock (Dwayne Johnson) and myself, we took such different avenues. We are such different performers and obviously his career is on a different level. I think it’s whether you have a passion for it or not. He did, obviously, and I do as well. Although we have pursued it from different avenues we still have succeeded because we have been so passionate about what we pursued.

Q: When did you discover you wanted to act?

When I was still with wrestling I did a film as a favor to a friend. I kind of just fell in love with it. I kind of became a little bit obsessed with it. Originally it was because I was so bad at it. I was such a bad actor. I had this need like I had something to prove like I wanted to be better at it. That’s what started my path. 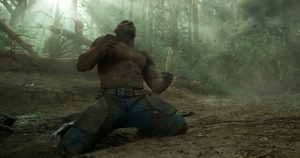 Q: How many auditions have you done? Could you talk about the worst and best/memorable experiences.

I have done a lot of auditions. Not thousands, but I have done at least fifty. But I have been turned down for forty-seven. I have been turned down a lot, but I’m okay. It’s the nature of the film business. First of all, the audition process for Guardians of the Galaxy was very lengthy. It was over months. (The memorable audition) because it was one of the earlier and one of my first auditions was a film called Riddick. The reason why I remember it so well is because I was so nervous that I actually had to walk out of the audition, run around the building, come back and start the audition again. But they were very understanding and very supportive. Vin Diesel was actually very supportive of me getting that roll. 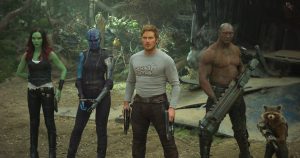 Q: There was a very talented cast surrounding you in Guardians of the Galaxy. What did you learn from them?

I learn from everybody. I never walk away from a film not learning something from somebody. From my particular co-stars in this film, from Chris (Pratt, played Peter) I can tell you I have learned not to stress so much about what’s on paper and to turn it into your own words. He really does that and he’s really great about just saying lines and lines over and over and he hardly ever says the same thing twice. And from Zoe (Saldana, played Gamora) I always took away that Zoe asked a million questions. She asked about everything under the sun. Where am I looking? What am I thinking? Where’ve been. What I am doing? Where am I going? Because it helps you create the mindset for where you are at in the scene. It helps you create an emotional tone to a scene. I actually learned a lot from Chris and Zoe from day one. 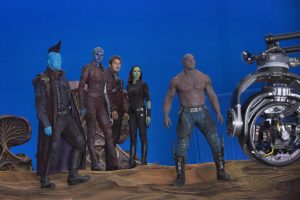 Q: You wore a lot of makeup and contact lenses for your character in this film. If you had to pick one, which one would you prefer?

Contact lenses. Easy, just pop them in and pop them out. But the makeup, it just feels so awful. Like all day I just feel dirty and sticky. Plus, it takes a long time to get in to and really hard to get off. The contacts take two seconds.

Q: Does the makeup peel?

It’s layers of paint and then it’s the prosthetics are made out of glue. So they stick to me like glue. 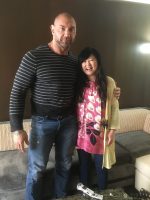 Q: Did you audition for your upcoming film Blade Runner 2049?

I auditioned for that as well. I auditioned and I screen tested for that. When I was first out for the role, one of the producers who liked me for the role, Andrew Kosove (producer). But the director didn’t see me in the role he didn’t think I fit the role. It wasn’t an extremely lengthy process, but it took a few auditions and screen tests to actually win the role. The character’s name is Sapper Morton [not sure how to spell Sapper] and that’s all I can say.

Q: Do you have a lot of dialogue?

This is more of a speaking/acting role. It’s a great role.