EXCLUSIVE!!!! Matthias Schoenaerts has a problem with authority, which is only one reason he shines in, “The Mustang” 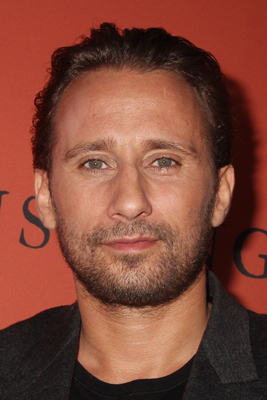 After falling in love with him in Red Sparrow staring Jennifer Lawrence, I was so excited to finally get a chance to meet the talented and handsome, Matthias Schoenaerts. Little did I know, my adoration was only beginning, because seeing him transform for his role as a convicted felon for his new film, The Mustang literally blew my mind.  Schoenaerts plays Roman Coleman, a violent convict with a hair trigger temper, but is given the chance to participate in a rehabilitation therapy program involving the training of wild mustangs. This is one of those films that will take you on a gut check tour of your soul and Schoenaerts, Coleman is going to be your tour guide.

We chat with Matthias on his experience dealing with anger and loss, and what it was like working with Jennifer Lawrence. He also shares the real reason he left soccer. 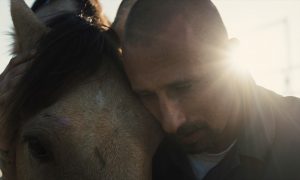 Q: Your character had to take part in an anger management program. We are all human and sometimes we get upset. How do you, yourself, deal with anger and strong emotions?

How do I deal with it? I don’t know. I make movies. I try to transform them or invest them in the creative process. I try to make them a partner, not an enemy. So the intense emotions, whatever they are, emotions of anger, I try to turn them around into something positive. Which could be a creative process, making a painting, or investing in a character, and that avoids a lot of therapy. 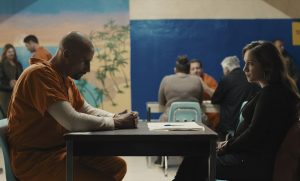 Q: It’s incredible, because you can use all of your life experiences for your work. I lost my closest friend a couple months ago, and I’m having a really difficult time overcoming that. I know you’ve lost some of your family as well, and I’ve been wondering how can I deal with this feeling, how can I overcome this feeling? 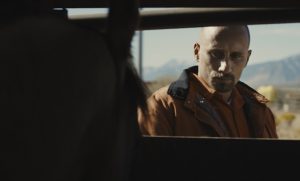 enemy, but as long as you accept it and then also accept that it takes time – that’s definitely one of the most important things. It takes time, and you can’t rush that time, you can’t speed up that time. Your body has a time that it needs to process something, and your mind cannot force it. You can’t say one day I’ll wake up and now I’m done with the pain, I’m done with the grief. No, your body needs the time that it needs, because if you don’t accept that time, if you go into a state of denial, you just prolong, you’re just lengthening the time you will take to accept it. It’s like being in prison, literally. You get a four years sentence where you have to accept that you’re going to be there for four years, and you can’t speed the process. You need to accept that it takes time. It’s like an emotional car accident, you know? If you break an arm, well it takes eight weeks to heal. And you can’t speed the process. You can’t expect it heal in six weeks if it takes eight weeks, and the same goes for emotional pain. If it takes two years, it gonna two years. Maybe you’ll be lucky and it will shorten a little bit. But if you don’t accept that you’re just going to make it worse for yourself. But then again, there’s no exact method, every individual deal with it in their own way. 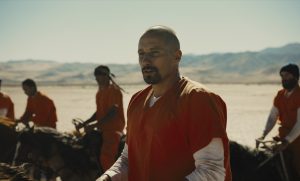 Q: You have worked with Jennifer Lawrence in the film Red Sparrow. She’s one of my favorite people actually. She is very sweet with a  down-to-earth personality. How was it working with her and what did you like about her?

She’s very outgoing and professional and disciplined and fun. She’s fun, but in the purest sense of the word. She’s fun to work with, because she’s really prepared and she’s there so you can really go the distance with her, and at the same time she’s very funny and outgoing in personal interactions, so it was very simple in a way. 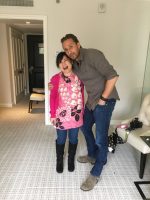 Q: I heard that you were an incredibly talented football (Soccer in America) player that was on the verge of going pro but left the sport to pursue acting.  Is that the real reason you left?

No, actually for me it was about… for me, soccer was my life when I was a kid. But I turned 16 and all of a sudden you get closer to the professional reality of it all, and all of a sudden I had a whole bunch of people telling me what to do and how to do it, and I was like “Get off my back! Let me play, let me have fun. This is why I love this, I have fun.” But all of a sudden everybody comes to tell me, “You should be doing this, you should be doing that. And you have to do it like this, and you have to do it like that.” I’m like get the hell out of here, I don’t want to do anything for you guys. I want to play the way I play because that’s how I enjoy it. So then I stopped, and I went to play in the amateur league and I had a whole lot of fun. So that’s what happened. I’ve always had a very interesting problem with authority, basically. That’s my problem.

Which in closing just might be why Matthias Schoenaerts was perfect for this role.