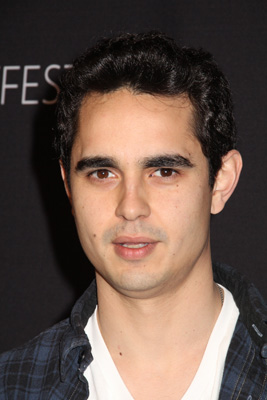 Actor Max Minghella has showcased his talents in front of the camera for years, with over 20 film credits to his name, he now takes the helm and answers his own dream in his directorial debut with the new film, Teen Spirit starring Elle Fanning.  In our exclusive interview, we sit down with the 33 year old London born actor and screenwriter who shares what surprised him about Fanning, what his friends say about him, and if the film’s location, Isle of Wight, was a nod to his late father, famed director, Anthony Minghella, since that is where his father was born. 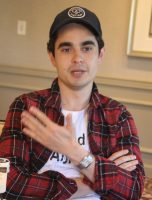 Q: Is this film a homage to your dad (Anthony Minghella) because he came from a small town and became an international famous talent?

It’s a little bit of both of my parents because my mother (Carolyn Choa, dancer, choreographer) is from Hong Kong and she moved to London when she was 18 to become a dancer, she didn’t speak a word of English and this was in the sixties and it was not considered a normal thing she comes from a medical family you don’t become a dancer at all you certainly don’t move to another country. So I see a lot of my mother in Violet. Yes my father is from the Isle of Wight and also comes from an immigrant family who felt very much I think outside of British culture and really wanted to be a part of British culture so I would say both of those things were probably in my subconscious.

Q: I knew she could dance, but I  was so surprised that Elle (Elle Fanning, played Violet) was such a great singer. Now that we know there is nothing she can’t do, was there anything that surprised you about Elle?

I think the discipline is really singular I’ve never seen somebody who works this hard. I think she gets it from her mother it’s a very extraordinary commitment to what she’s doing and the amount of work she puts into it she loves training. She loves having be coached and to do something beyond, she’s somebody who can rehearse to the point where she can do it and then rehearse another ten times that’s how she operates. She is really comforted by training that’s when she feels prepared to do something the amount of preparations she put into this was extraordinary but also really necessary probably. 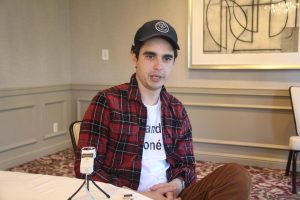 Q: I would like to ask you about loss of people you love and how you recover and overcome that feeling?

That’s a good question I think it’s so different for everybody what I think is interesting is that its not certainly my own experience it’s not an obvious reaction it’s not necessarily something you can measure with a stick its very erratic and it manifest itself in quite unusual ways. I think how Violet in the film is dealing with her father’s absence is something she constantly reconciling but isn’t in the front of her mind if that makes sense? Like it’s affecting her all the time but she’s not thinking about it and I like that you can see evidence of how it’s affecting her throughout the film without it ever being very obvious its not hitting the audience over the head but if you look closely it’s affecting almost every decision she makes in the film.

Q: How about yourself, how do you overcome, I don’t want to say overcome but how do you deal with it?

I don’t think you can, I’m not good at self-examination, I am not good at confronting my emotionality. My friends always make fun of me and say that I am a very unemotional person but I think I confront it through work, I think making this movie is sort of therapy for me and I learn a lot watching it about myself but it’s not conscious when I am making it. 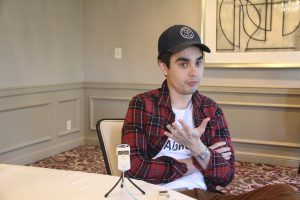 Q: Do you have any words or advice that your father gave you about life or making the film that stuck in your mind?

“When nine Russians tell you you’re drunk you should lie down” and I use that all the time. Which basically means that if you think something is great and nine people tell you it’s not great maybe you should think about it.

Q: So you come from an internationally talented family from a few different generation. In fact we found a handful with their own Wikipedia pages. As you said you like the Japanese culture, so how do you see the international culture in your blood are you more open to the different culture?

I’ve lived in this country for sixteen years and the film I made I don’t think is a very American film and I also don’t think it’s a very English film at all, it is a very international movie it doesn’t feel like it belongs to one cultural only and certainly the stuff I digest as a person the literature I engage through the movies I watch and often through the many different places so I think all of that is influencing me as much as my own culture it’s what your kind of absorbing in the world and its very rare at the end of the year that my favorite movies are in English. I don’t know why that is they just don’t tend to be so I think you want to make the type of movies you love. 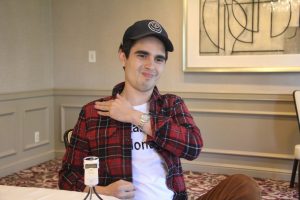 Q: What was the most shocking about the culture gap you experienced?

I think you feel culture gaps constantly I feel culture gaps here living in America, I feel it in film because the American audiences I don’t want to generalize, but I feel like they want to be told how to feel about something they don’t like a character to be ambiguous or a moment to be ambiguous, they want to know if they should feel good about a character or bad about a character or happy in this moment or sad in this moment and I hate that. I hate being told how to feel I really don’t like it and I am so making movies in this culture I am having to learn a little bit about how to translate some of my ideas for people who would like a more didactic experience watching something. That’s where I am noticing it the most is starting to make movies. 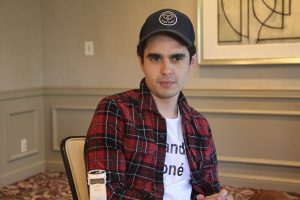 Q: What is your goal or your bucket list for your next project?

To be allowed to make another movie I loved making this film and I’d love to keep making it it’s a wonderful thing to get to do so that is that’s the extent of my bucket list is to be able to make it again.

Q: So you mean behind the camera mostly not in front of the camera?

I think so I love acting and I’ve got a feeling that there might be more of appetite for me to direct films then star in them but we’ll see how it all plays out. 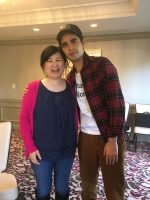 Q: What kind of movie do you want to make?

Q: do you have any location you’d like to make a movie in?

I’d love to make a movie in Asia actually I really would I don’t know when that would happen, but I’d like to do that it feels right to me in my own life out of what you said I have a lot of cultures in my background and that’s definitely the one I feel by far the most close too so I’d think it would be really interesting to work over there.

I would love to, I love to. Thank you.