Iron Clad Exclusive: Max Irons opens up about his love for Ukraine and why you won’t find him on Twitter 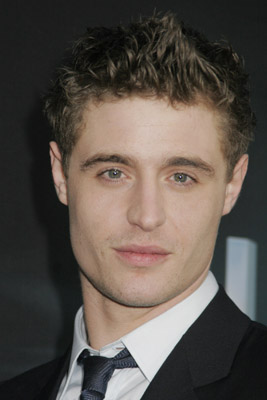 Inspired by actual events, Max Irons and Samantha Barks play lovers struggling to survive the Holodomor Soviet regime forced famine with their Cossack grain farmer families in the new film, Bitter Harvest. In our exclusive interview Irons shares his dedication for the Ukraine, why he is not dedicated to social media, and the reasons behind the extended filming schedule. 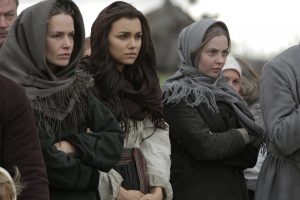 What drew you to this project about the Holodomor (1930’s Catastrophe in Ukraine)?

I think it was the discovery, firstly, of what happened in Ukraine. But, it was also discovering that – myself included – so few people know about it. That’s of course from the conscious effort of the Soviet Union to keep the event in Ukraine, and parts of Kazakhstan, under wraps for the most part. I think it’s one of the major injustices of 20th century history. 2.5 million people died from a man-made famine, and nobody knows about it.

In any of the fighting scenes, were you left bruised or hurt at all afterwards?

No, but the thing about shooting in Ukraine in the winter is that it’s incredibly cold. The soil was rock hard. Running around and jumping on to the ground (does) leave you a little bit bruised and sore at the end of the day, but it’s fun. There’s much harder jobs at the end of the day. You get to be a kid. 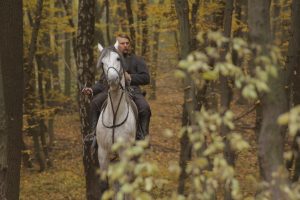 Did you have much horse-riding experience before this?

I did, I rode a lot when I was a kid. Mind you, the Cossack horses have a very particular riding style. It’s a lot more involving of your body, and less with your knees and hands. Yes, it’s much more about using your body weight to change your direction.

What did you think about all of the actors having British accents in Ukraine and Russia?

Well, I think it’s preferable not to get a bunch of British actors to do dodgy Ukrainian accents. I think that would have been far more distracting.

How did you feel about your costumes during the project?

Some of them were a little out there for me, but apparently, very historically accurate. It’s not really my department, so I can’t answer that properly. 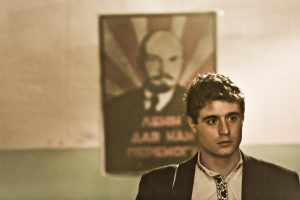 How was your experience working with director George Mendeluk?

George was wonderful. Partially, his mother (passed down) this story, which meant that he brought so much passion, dedication, and purpose to the set, insisting on a Ukrainian crew which meant there was a real intention to honor and communicate this story.

This project started in 2011; when were you approached to work on it?

It would have been about two-and-a-half years ago I think.

As an actor, what is the common thread between characters you play?

I don’t know if there necessarily is a link between the characters I play. I play dozens of young adult science fiction and historical characters, and I’ve done all sorts. I think that’s the one of the things I’m very fortunate to have done. We can take on these characters and look at life through these different lenses and that’s one of the great things about what we do – I think a variety of characters depending on the media, be it film or television. 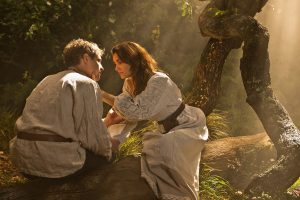 What was it like working with your co-star Samantha Barks?

Oh she’s wonderful. She’s got a real emotional intelligence. She’s very giving and kind as an actress. She’s all you can ask for. We had met each other before we arrived on set. For her to be so available and open right out of the gate was wonderful.

Had you seen any of the titles named Bitter Harvest at any time?

Are they about the same thing?

About Ukraine? I haven’t come across that. I will look out for that. Interesting, I’ll keep an eye out for it. 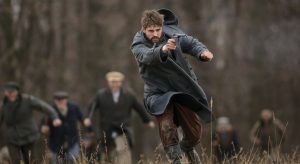 For others who wish to become actors and have outside pressure to not follow this path because it’s difficult, do you have advice for them other than to persevere?

I think that would be my advice. It is a difficult road and whether you succeed in this business or not, there are a lot of variables that are largely outside of your control. I think you should go into that business with your eyes wide open, bearing that in mind. Work hard, persevere.

Having come this far in your career, we make mistakes. Do you feel you’ve made less or more than others.

I think the best things to form a person’s life are the victories and losses. Who knows?

Do you use any social media platforms?

I’m not on any social media platforms. It’s not for me, I’m afraid. This is a very personal preference. I just don’t think it benefits me as a human being, and somewhat distracting, if that’s helpful. That’s me. 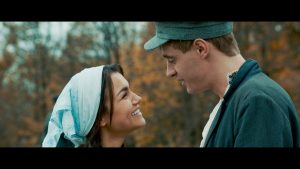 Yeah, I did a lot of research for this. Various books and the internet of course were very helpful, but mainly what I found was speaking to people in Ukraine; for example, our director who had a very personal connection, but also the crew and people we were fortunate enough to meet the three months I was there. If it wasn’t their parents, it was their grandparents that had to endure that in Ukraine. I think you learn a lot from people and seeing the expression in their eyes and hearing stories, that you learn more than from a textbook alone. 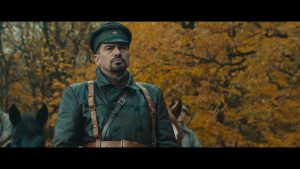 Was there anything else in Ukraine you found charming?

Oh, I loved Ukraine. I hope to go back. The people are warm and the country is incredible.

The weather is freezing though.

It is very cold, but it (has) very beautiful summers. It goes both ways like that. And yet the history is so rich. I kind of love that region.

Bitter Harvest is in theaters February 24, 2017

For more info and theatre locations visit the film’s official website at http://www.bitterharvestfilm.com/