EXCLUSIVE! “Ready Player One” star Win Morisaki found one of the best parts of honing his craft, was craft Services 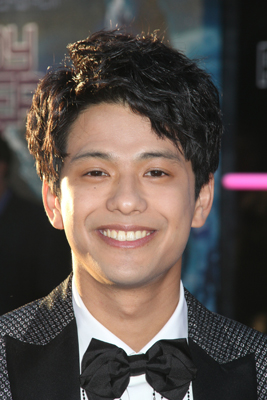 As a Japanese woman, I was ecstatic to sit down with fellow Japanese native, Win Morisaki for this What’s Up Hollywood exclusive! I chat with Win about his new movie, Ready Player One and find out how America was blessed with this incredibly talented young Burmese man on the rise! 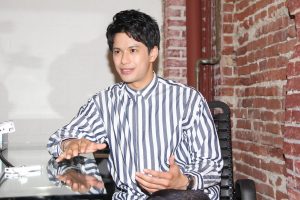 Q: You were born in Myanmar and your parents were born in Burmese. How did you get the name Morisaki which originated in Japan?

My agenct gave it to me. Because I moved to Japan when I was 10 and I lived in Japan for about 18 years.

Q: You speak very English very well, how did that happen?

Thank you! Because I lived with my grandma when I was a kid and she was an English teacher in Myanmarso she taught me a lot. She was always listening to the 80’s music. I mean, not only 80’s, but 90’s music too. So that’s why I got this pronunciation and then I can speak just a little bit English.

Q: Now lets talk about how your life of Daito (Character in Ready Player One) began.  How did you get this roll? Did you audition? What was the process like?

My agent found this audition and then I did the video audition in Japan. It was in 2015 and then I got a call back and they took me to LA and that was second audition. I met Steven (Steven Spielberg, director) at that time and I was so nervous. Like Steven was in front of me. I was like, Oh God. I mean, I don’t remember everything. I was so nervous at the time and then I waited about eight months and one day my manager asked to call me and we just went to the office. So, I went to the office and he said, Win you got the role, and I was like, what role? And he said, Daito (his character in the film), you got THE role. Oh, are you talking about a Steven’sfilm? Yeah, he said. Oh my God. And I said, can I call my mom? And he said, no, not now. Just keep it a secret. So I got the role. 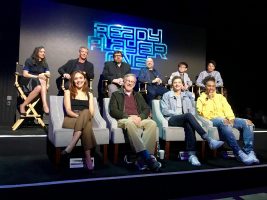 Q: Have you asked Steven why he chose you?

I couldn’t, I couldn’t ask him, but he told me, “Your pronunciation is very good. Like I’ve never seen that before. I have never seen a Japanese who speaks English very well like you.”

Q: Your behavior, attitude, and acting have sense of Japanese but not too much as Japanese in a good way…

I think that’s why I got the role. 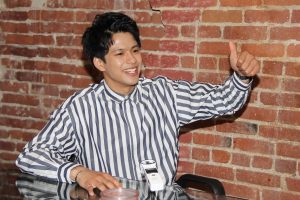 Q: It’s a bit fascinating to me that while you are not 100% Japanese, you have the natural instincts with the boyish charm that Japanese young men are known for, where do you think that comes from??

I lived in Japan for about 18 years, so I know about Japanese culture. That’s very easy point to put the Japanese culture and Japanese boy-ish, like a reaction. That’s how is it different from American culture. I learned, to his point is to be a samurai in the oasis, like motion captured. That was so hard for me because I’ve never been a samurai. I learned a traditional sword fighting in Japan and how to walk like a samurai, how to be a samurai. And it worked. 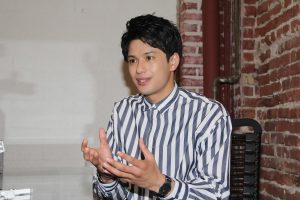 Q: What have you learned and discovered about Steven?

I learned a lot of things from him. During filming, he told me “You are always the first one to come to stage every morning.” Even my scene is not first on that morning. Then I knew Steven loves that. That’s a very important point. So I’m going to keep doing that.

Q: What was the most fun moment working on this project? 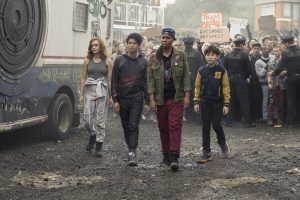 Q: And what else? What about working with Tye Sheridan (played Wade / Parzival)?

He was so kind. So, they were trying to teach me English and tried to explain about filming in Hollywood. Like, all this time, “You should go, you should do like this.” “You should do like that.” “Are you ok?” “You should come here and you should like this. That’s Hollywood. Ok?” Now I got it. They taught me a lot, especially Tye. He wanted to learn Japanese. So, I taught him. He asked me like, “How do you say this food is good?” So I taught him “Oishii.” He said “OK, got it.” Then one day we went to play soccer and I did a good move and he said “Win, Oishii!” So I said “No Tye, that’s only for food. If you want to say good that’s E-ne! or E-yo!” That’s a funny, funny, funny story. 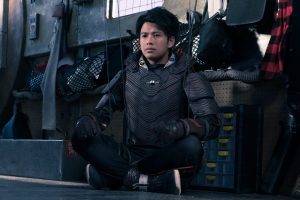 Q: So, you said you studied and researched about Japanese sword fighting. Did you take a Kendo class? How long did you practice for?

I got the role May 2017 then I moved to London June 2017. So, I only had one month to prepare with sword fighting, so I went to the class for traditional sword fighting. They taught me how to wear a Hakama and how to put your sword. Then I learned about that and how to bow with the sword and during shooting I presented how to bow to Steven. I said “Steven, this is how we bow in Japan.” He said, “oh yeah, do it.” When I got the first key, Daito bow like that. I presented it to the director.

(WUH) Well, I am Shinto priest and our bow manner is traditional Japanese, so let me tell you that your bowing skills were on point! 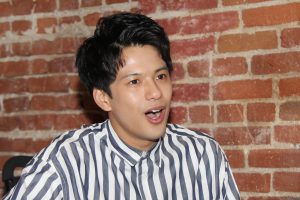 Q: With the premise of the movie being centered around gaming and gamers, I am curious what kind of gamer are you in real life?  What games do you play?

I’m a big fan of Winning Eleven, it’s like a FIFA football game. I love that game. I’m in Gamer as well. I always play a game when I was done that day, when I finished my work. It’s PlayStation 4, I love “Infinite Flight”. It’s a flight simulator on iPad. It’s very cool, very nice game. I love to watch anime on Netflix. Here’s my recommendation, it’s called “91 Days”. It’s about a gangster, like an old anime gangster. It’s very interesting. When I have time, I write songs. I love singing, dancing, acting. I love drinking Sake, Shochu (distilled spirits).

Q: Now that you have a big feature film under your belt that is generating a lot of buzz and worked with one of the most successful directors in the game,  it is very likely will start receiving calls from other heavy hitters in Hollywood. Are you thinking to move to Los Angeles to continue your career? 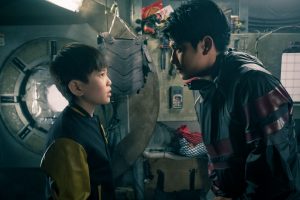 Q:Will you embrace the title of becoming a role model for young people who want to get into show business.  Even more so, young Japanese or Burmese actors and actresses who want to be successful? With that in mind, would you say you are more cautious with what you say how and you act in public? Are you planning on being involved with charities?

In my real life, I can only do entertainment. So, I want to give a dream to the Burmese people and then I want to let people know about Myanmar. Not many people know about Myanmar. So I want to make bridge between Burma and the rest of the world and kind of represent give them the dream that anything’s possible. And right now I’m doing that through entertainment. So here I am representing my country in Hollywood and I hope that will translate and that people see it and will start to understand what Burma is.