Steven Spielberg’s success and sacrifice for “Ready Player One”? 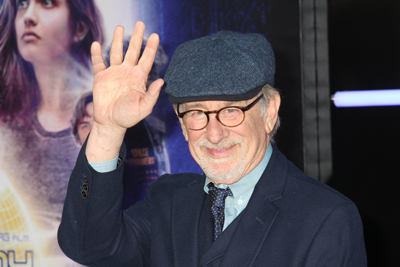 Steven Spielberg returns to his good ‘ol days of mind bending sci-fi in his latest film, Ready Player One. We chat with the legendary director on Easter Eggs, 70’s music, copyrights, and his love for basking in nostalgia.

Q: Why did you feel like you had such passion for this film? How did that play into everything you have created from the 70s, 80s pieces to the two leads?

Well for one thing, I had a passionate and amazing cast that were, I think their combined ages, they were all younger than me combined, [laughs] and so I kind of fed off that energy. And I would come to work in the morning and Olivia (Cook, played Ar3mis / Samantha) would say “Okay, what do we do now, I can’t wait!”  And then Lena (Waithe, played Aech / Helen) would say “Throw anything at me, I am ready for it.” And Tye (Sheridan, played Parzival / Wade) was completely just, I mean every cast member, except for Ben Mendelsohn 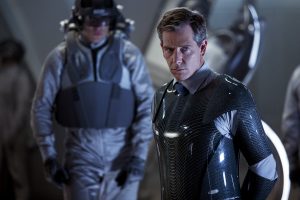 (played Sorrento), who was a complete screw up the whole time [laughs], gave us a playground, to basically become kids again in. And we did, we all became kids again, even though I was working with young actors in their early 20s if that, except for Ben, who is way over that. [laughs] That’s where the energy came from. And you also have to understand, we made this movie on an abstract set. The only way the cast had a chance to understand where they were, we all had virtual reality oculus goggles. Inside the goggles was a complete build of the set that you saw when you saw the movie. But when you took the goggles off, it was a white space, it was a 4,000 square foot empty space called a Volume, and when you put the goggles on, it was H’s basement, or it was Aech’s workshop or the distracting globe. So the actors had a chance to say okay, if I walk over there, there is the door and there’s the DJ and it was really an out of body experience to make this movie. And it’s very hard to express what that was like.

Q:  There are so many references to other films in this movie that play key parts. How were you able to get the rights to them all?  It seems so expensive and so hectic.

Is Kristie (Macosko Krieger) up here? I was just looking for my producer, because Kristie Macosko, who along with Donald DeLine and Dan Farah, produced the movie and Kristie can probably answer that question, because Kristie spent three years with all the Warner Brothers legal people, getting the rights to all, and we couldn’t get all of them, we couldn’t get any Star Wars rights which was hard, they wouldn’t give up the Star Wars rights.  But it took three years for Kristie, weekly phone calls.

Q: What was the one thing that you saw in the movie that spoke to you?  Which one really geeked you out?

I think Brad Bird is a genius and I saw The Iron Giant when it was in the theaters the first time. And I have been a big fan of Brad Bird’s and we actually worked together on something called Family Dog on television a long time ago, and so this was to honor Brad Bird and Iron Giant.  [talking about Saturday Night Fever scene] John Travolta and I have been friends for a long time. We met on the set of Carrie, what was that, since 1976 or something? So we have been friends since 1976, and I can’t wait for John to see the film.

[talking about characters from his previous film into this film] There comes a point when I would have had to just defer to somebody else who liked my movies and not make a movie about my movies. I let a couple of little characters in from my films, especially the DeLorean which came from the book directly, but otherwise, there were a lot of things that we could have put in. 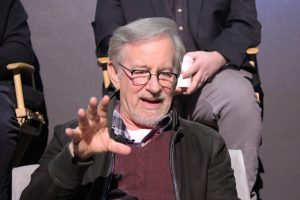 Q: Can you talk about your relationship with nostalgia and how that might have changed over the years?
That’s a great question, because I have the most intimate relationship with nostalgia.  And it’s based on the fact that I have been doing, when I was 11 years old, 12 years old, I started taking 8mm movies to my family on camping trips when I was on a camping trip in Arizona.  And when videotape came in, I was taking videotapes. And then I started taking my 8mm sound movie camera when I was hanging around with Coppola (Francis Ford, director) and Lucas and Scorsese (Martin, director) and De Palma (Brian, director) and that whole group back in the 70s.  And I have got something like sixty hours of footage of all of us growing up and making movies together, which someday could be an interesting documentary if I can find the rights to any of these guys. Probably 80 percent of the footage they would not want released. [laughs] So I have always, and today, I do all the videos in my life and my family growing up. And what we do every single year is, I have a really great editor, Andy in our office and he cuts together the whole year in the life of my family, all my children and grandchildren, and we have little screenings and it’s called the Annual Family Video. So I basically live in nostalgia. And that might be the main reason why I reacted and responded so positively to Ernie’s book and Zak’s script, because I am kind of living that way most of my life.