Stayin’ Alive through the Oasis with “Ready Player One” star, Tye Sheridan 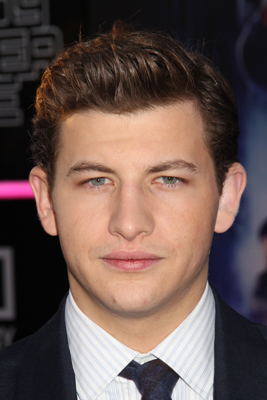 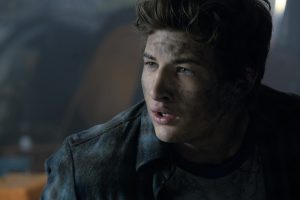 Directed by Steven Spielberg, Ready Player One, follows the adventure of an 18-year-old orphan, Wade Watts (Tye Sheridan) in the virtual reality universe known as the OASIS.  Set in dystopian future of 2045, people escape to the OASIS where your fantasy and nostalgia saves them from harsh reality. When the creator of the Oasis left an Easter egg hidden somewhere in the OASIS, the ultimate treasure hunt begins.

Although Tye was born in the 90’s, he shares with us how he stepped into the world full of 80’s references such as Saturday Night Fever.

Q: Did you play music on set?

I was extremely nervous on the first day and I actually didn’t know it was going to be our first day. We had two weeks of rehearsal, Steven (Spielberg, director) wasn’t there. All of us were just feeling out the mo-cap volume and getting familiar with some of these environments we were going to be in the movie. Steven shows up on the last day of rehearsal and says “Let’s shoot something!” I thought “I hope he doesn’t want to shoot anything with me” and he’s like “Just send everybody else home. I just want to use Tye.” He brings me over to the side and says “Have you been

working on your Parzival (Tye’s character) walk?” I said “What is a Parzival walk? I didn’t know I had to work on a Parzival walk”. He says “It’s kind of like the John Travolta walk in the beginning of Saturday Night Fever. He’s got a certain swagger.” I’m like “Okay.” “I just want to capture you walking.” So I’m standing on one side of the volume and Steven’s on the other side. No one else is on the floor and I’m just waiting for him to call “action.” He pulls out his phone, hits the screen and starts playing Stayin’ Alive by the Bee Gees and starts walking toward me nodding his head and holding up his phone and goes “and, action.” 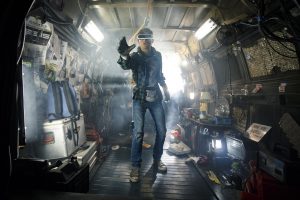 Q: What is your own video game experience?

There is a scene in the movie where I play an Atari game and I’d researched the game and watched videos. I’d done as much as I could without actually playing the game. I was like I’ve never played an Atari so you guys are going to have to teach me to hold the control. I don’t want to look like I’m holding it the wrong way. I got lessons from Steven and Zak (Penn, screenwriter) on that.

Q: What game or moment in the film really geeked you out with childhood memories?

For me it was The Iron Giant. That was a movie that I played so many time in my childhood. I have a very sentimental connection to that figure. While shooting the movie, we could see our avatars in real time on a 2D screen, and I would look over at my avatar and see Iron Giant’s foot. “That’s Iron Giant’s foot!” That’s so cool.

Q: Could you talk about your dance scene?

All of my dancing is digital.[laughs] We spent three weeks just rehearsing after work or in between.

Q: You played John Travolta’s son in a movie, right? Did you talk to John about this film?

Yeah. I did. I didn’t tell him. I texted him and said, “I just want you to know that, if you see this film, there is a nod to some of your stuff.”

Q: You didn’t live through the ‘80’s. What do you have to say about that decade?

Because the Oasis stands for the great escape. It’s anything you want it to be. Because the ‘80’s were such a vibrant time full of all this crazy hope. I think it makes total sense that there is all this pop culture and ‘80’s references in the movie.