Gwyneth Paltrow on the transformation of Pepper Potts 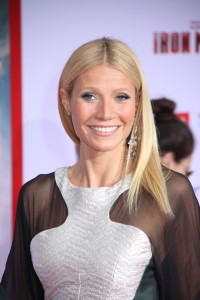 Returning once again to Marvel’s cinematic universe, Gwyneth Paltrow reflected on her character’s evolution over the course of three Iron Man (and one Avengers) films. Pepper Potts has grown from Tony Stark’s Executive Assistant (translation: Girl Friday) into his fully-empowered equal — not only in his professional and personal lives, but in his superheroic life as well! She reflects on her character’s growth:

“I feel really, really lucky that I got to play Pepper. Very rarely do you start at one such distinctive place and end up somewhere else. I really loved their relationship in the first movie when she was a supplicant and cleaning up his messes. During the trilogy, she really steps into her power, in all areas, and you see her now in an equal relationship with Tony. It was a great transformation.”

“I will say that one of the most thrilling parts of having gone all over the place and talking about this movie is that people really love to see Pepper in the suit and, like, kicking ass. In the comics she turns into a superhero. She becomes Rescue.”

Perhaps someday Pepper Potts and Gwyneth Paltrow will find themselves on the Avengers’ Roster! 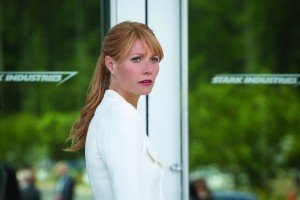