Has Helen Mirren from “The Hundred-Foot Journey” ever had a food orgasm? 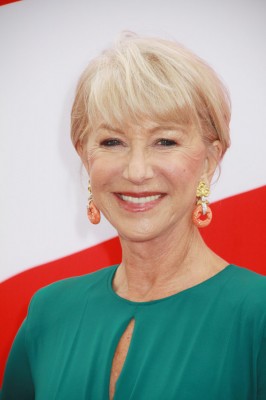 Yes, Helen Mirren just turned 69 but she is very beautiful. Her beauty comes from inside as well. She is smart and funny. Helen plays a French woman who runs a Michelin-starred French restaurant in a small village. She is very hard and focused on her restaurant but she has enough of an open heart to admire good chefs. The world of kitchens has some similarities to that of acting. How does Helen see that world? And how does Dame Helen Mirren fare in her own kitchen? What are some of her yummy food experiences? 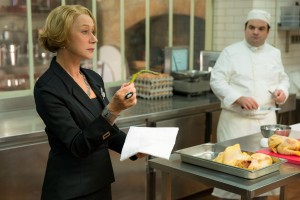 Yes, that’s very interesting. I think for any artist actually. I came to realize making this film that a chef, like a great writer or a great painter or a great musician, is a great artist. And they’re great artists for that very reason you’re talking about which is here are all the elements that you can put together and how they choose to put them together and what they choose to do with them when they are together. And also, they share the same kind of obsessions, the same kind of utter single-mindedness about what they’re doing, I would say more than a lot of others. Chefs and restaurant owners are incredibly single-minded, incredibly hard-working. That’s their world. That is their whole world. It’s fascinating to see. 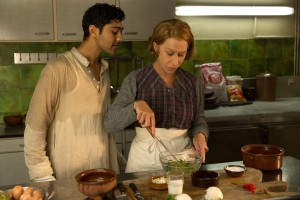 Q: Can you talk about your own personal skills in the kitchen?

I’m not a great cook. I love cookery books. I love cookery programs and I watch them religiously. And I love the idea of cooking [laughs] but the actual doing of it, it just seems so… Oh God, the shopping and then the unpacking of the shopping. It’s the unpacking of the shopping I hate the worst [laughs], finding room in the refrigerator for all this stuff, and then all the chopping. The cooking bit is nice, but then you got all the clean up afterwards. Oh my God, really. And just for this one thing of going, “Mmm, that’s good.” Was it worth it? [Laughs] 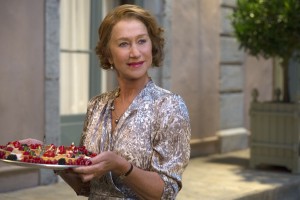 Q: In the film, they taste something and it’s like they have an orgasm…

Have I ever had that moment? [Laughs] Yes, yes, I have. I was very lucky when I was quite a young woman in my 20s. I dated a very rich young man. I didn’t realize how rich he was. He was an Oxford professor so he was incredibly smart as well. As I was dating him, I began to understand he was quite wealthy as well. I was, I don’t know, 26 or something, and I had gone to student parties and had that awful wine, that red wine that you drink at student parties, and I kind of thought that was what wine was. I had never, ever in my life tasted a good wine. I remember, he was a terrific gourmand and he would literally take a plane to France to go to a particular restaurant just to have dinner there. This was kind of — and still is — out of my comprehension. But he took me out to dinner and he ordered this bottle of wine and he said, “I’m going to show you what good wine is like.” And I remember it. It was a Château Margaux, and it was one of the famous, famous Margaux, and it was something like 1952. I dread to think how much money this bottle of wine cost. I never asked him. But my God, when I tasted that wine, I had an orgasm. It was your first taste of an amazing wine, and I was so lucky that it was that good as well. It was like, that was incredible. And you know, it’s never the same again. [Laughs]