Ira Sachs’ discovery of Theo Taplitz was exactly what he needed for “Little Men”. 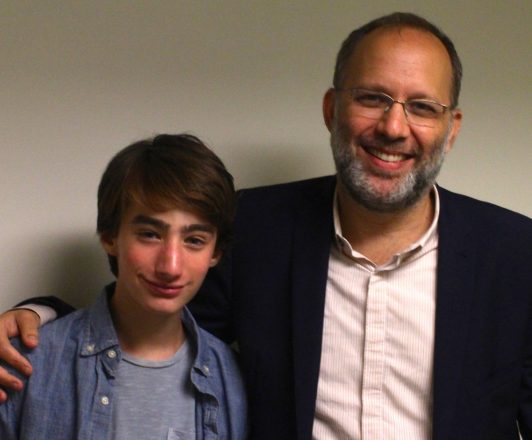 It was nice surprise when we heard Theo Taplitz would be paired with Ira Sachs for our one-on-one interview.  Not only to witness the bond between these two incredibly talented individuals, but to also have the opportunity to engage them for some deeper thoughts on the film from a talented actor and seasoned director. 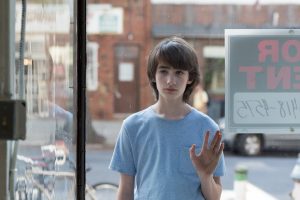 Q: Theo, you’re typically on an independent front, I was wondering if you had an unlimited budget what you would do with it? I know you do fantastical things.

Theo Taplitz: Well, for me an unlimited budget would be helpful because I really like practical effects. I’m not a huge fan of CGI so if I were able to build sets for my actors so there’s something tangible for them to actually work off of, that would be amazing and like you said I do more fanciful ideas and I like to explore myself and make the film very personal to me. Whether it be a certain emotion I want to get out or a certain feeling of something that I want to explore and share. But I want to do that in a way that also allows my imagination to flow. I think being able to express a lot more of what’s in my mind and that’s what I would want to do. 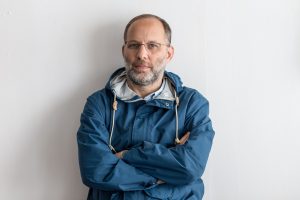 Ira Sachs: If I had an unlimited budget I’d make a film like Little Men. I would be very happy to have about five or six more shooting days. A little more time to breathe. And I didn’t always feel that when I was younger. I was always limited, but it was fine and I was going to make it happen. This film, I thought, if I could just have a couple more days to reflect. It turned out that I am very happy with the film, but I would use it for more time. And I would also use it to pay the people I work with better because to make these kind of films you’re exploiting labor to be honest. Labor decides they want to be involved for reasons of career or experience, but I’m always working with 20 and 30 year olds because people who are older and have to sustain a career and a family can’t afford the paychecks. And this all connects to the shop in Little Men which serves for the kind of filmmaking I do and how it doesn’t totally work economically but it still seems valuable. 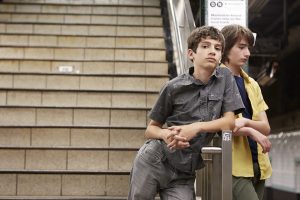 Q: Is there something you enjoy more between acting and directing?

Q: In the casting process. How did that work? 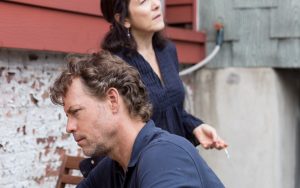 Ira Sachs: I found him through Avy Kaufman who is a casting director. She’s kind of a child whisperer for casting. She cast the kid in Sixth Sense. The kid in Ice Storm. The kid in Life of Pie. She’s found a bunch of great young people. So, through her and Theo’s agents. He’s a Los Angeles kid and we’re a New York film and when I saw the tape it was like a documentary about my character. It was so authentic. I cast him immediately. 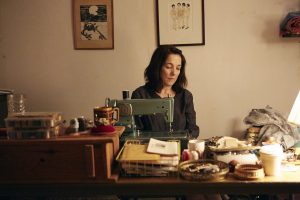 Ira Sachs: I thought a lot about that in the making of the film and what felt clear to me as a director and as a story teller was that I couldn’t impose things externally onto his character in the same way that I wouldn’t onto any of the other characters. It somehow felt like these were kids who were learning who they were pre-understanding themselves sexually. That’s why they matching terms of ages and maturity. There’s an element of discovery that I think they’re going through, but it’s really about the nature of friendship.

Q: I love how nature the cinematography is. It’s so smooth that I barely notice it, but am still taken away by it’s beauty. How did you develop this style? And Theo, on set were you watching the camera sometimes? 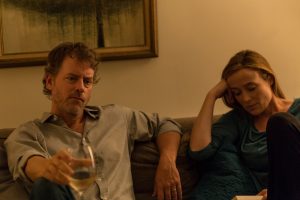 Theo Taplitz: Completely. I was behind Óscar (Durán, cinematographer) the whole time asking about the Alexis and I was over with Cedric (Cheung-Lau, gaffer) the guy who did lighting and I was wondering why her kept balling up his fist and I was wondering, “What is that?” And it’s way of looking at which way the light falls on his skin. So, I followed him pretty closely. And Ira was pretty supportive and encouraged me to go and ask questions about different film equipment and their kind of styles and other stuff.

Ira Sachs: To me, I love cinematography that seems very natural, but also isn’t afraid of beauty. There is a sense of kind of poetry and a light in Oscar’s work that conveys some of the beauty of these kids at this point in their lives. I think childhood is inherently cinematic. That’s why every parent is always pulling out there phone because it’s always such an expressive time. For us, there’s a sense that the children’s lives were always moving and the adults’ lives were getting more still and there lies the tension of the film.

Q: In the scene with the acting class was that something you planned out or let start and you just followed it as it lived on? 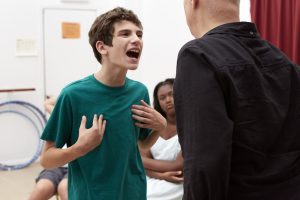 Ira Sachs: I created that acting class meaning I found all these kids in Brooklyn that studied acting. So, they were from the right neighborhood. The man acting was the acting coach was Michael Barbieri’s (Theo’s co-star Tony Calvelli) acting coach from Lee Strasberg in New York. They knew each other for years and it was a point in the film where I felt it was important to show how talented this kid was who wanted to go to LaGuardia Performing Arts as an actor and to know that he had good reason to think he should. And by the way this summer Michael got into Laguardia.

Q: What’s the biggest thing you learned about filmmaking from acting in this movie?

Theo Taplitz: I learned a lot of things from Ira. I know filmmaking wise when you coach actors you never want them to push anything out. Ira has been telling me less is more which is very important in making things a lot more realistic. And in my things I really try to help my actors out because I don’t cast actors. I cast my friends. So, that’s definitely one thing. And also the use of colors. In the film in different symbolic places and being able to use colors and use objects as a sort of way to embody something that the film is revolving around almost.

Ira Sachs: I don’t have any formal training as a filmmaker. I was a theater director in high school and college. In 1986 I spent three months in Paris and I didn’t speak French and I was pretty lonely and I I ended up going to the movies pretty much every day and I ended up seeing 197 movies in three months and so I decided this was for me. And then I applied to film school — USC, UCLA, and NYU and I didn’t get in which was kind of a gift because I decided I’d be a filmmaker and I just began with being a cinephile and having seen a lot of movies — that history was in my head. And also having worked with actors in theater and I just went off and made my first movie.

Q: What were you doing with your time as you built your way up making these short films?

Ira Sachs: Well, I only made two short films and then I made a feature. I made my first feature in my late 20s. And I was working for an actor as an assistant — Eric Bogosian. I was directing kids in a summer theater program. i was a busboy. Lots of different things.

Q: Theo, do you have any formal training as an actor?

The Taplitz: Just learned from having fun.

Q: What was it like to step into a film filled with veteran actors? Were there lots of rehearsals?

Theo Taplitz: Ira doesn’t really do any rehearsals per se. He sends his cast on these little dates where me and Michael Barbieri, we went to Prospect Park, we skated around it, we talked about music, movies we liked, how we were doing academically. And then we saw a movie and what Ira was really trying to do was to make us get to know each other as people and get underneath both our skins. So, when we got to the filming day our friendship was a lot more really, than if it’s hey, “You’re an actor. I’m actor. Let’s do something.” The connection was real.

Little Men is on theaters now.