J.K. Simmons Finds His New Tempo as a Romantic Lead in “The Meddler” 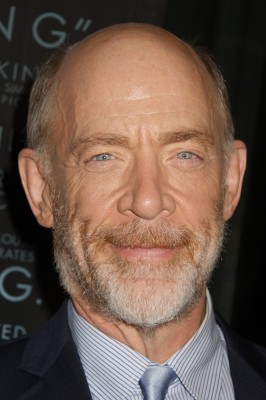 In The Meddler, J.K. Simmons plays just the man Susan Sarandon’s character needs to get out a funk she’s been in since her husband’s death. While Simmons character, Zipper, is a fantasy of sorts; he plays it with such genuine compassion that the fantasy feels real.

Simmons shares life after his Whiplash and finding his new tempo as a romantic leading man. 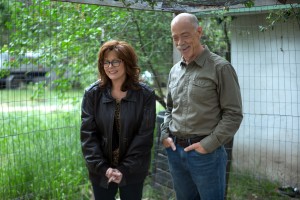 Q: One of the quotes in the movie says, “Movie stars aren’t nice people, but they really are.” Do you think that’s true?

Q: While not too many romantic films are being written anymore for the mature audiences, in The Meddler movie goers get all the sparks and romance and you as a wonderful romantic leading man! What was the experience like for you?

Golly. It’s great. It’s ridiculous. It’s awesome. We’ll make a sequel. Marnie and Zipper Go to Vegas. It’ll escalate. No. It’s beautiful. It’s great. It’s nice to see people that want to tell stories based on something other than what’s going to be marketable. I think coincidentally there’s something here that will be both because this is a story that’s funny and impactful and it happens to be about a couple of people who aren’t in their 20s. I shouldn’t say that. Because the movie is about Susan and Rose Byrne and I kind of come in and step in as the wish fulfillment characters that’s not drawing from real life.

Q: So we find out two interesting facts about you from this film; First, is that you are a great singer. Were you always a great singer and did you ever consider singing as a career? Secondly, you seem to know a lot about chickens, where did that come from?

I have always been a great singer, yes. And actually there was a point in my life where that was my career path. I studied classical music in college. My chicken experience goes back to Grandpa’s farm outside of Roseville, Illinois where we went every summer. One of my favorite things about the chicken scenes aside from the chickens was I was allowed to name the chickens after my aunts and my cousins. 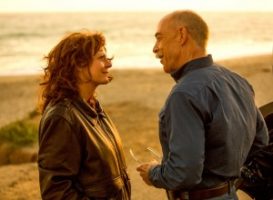 Q: How has your career changed since Whiplash and the Oscar?

Yeah, the Whiplash effect has come my way and it’s been wonderful aside from the many offers to play a terrible guy who screams at everybody which I have absolutely avoided. The opportunities from people like Lorene Scafaria to play the antithesis of that character— not perfect, but obviously flawed from his ex-wife’s point of view, but you try to play it like a guy with a great heart. Of course we shot that sunset at the beach kiss moment the first day we ever worked together as these things tend to happen. It was a treat. It’s always a treat when people of a certain age can be intimate. I especially loved sharing it with Susan. So, it was a blessing in every possible way.

Q: Are you a romantic too?

Yeah. Absolutely. I think most of the people who are fortunate enough to do what we are able to do are.

The Meddler is playing now in theatres nationwide.