Susan Sarandon: The Romance of Meddling 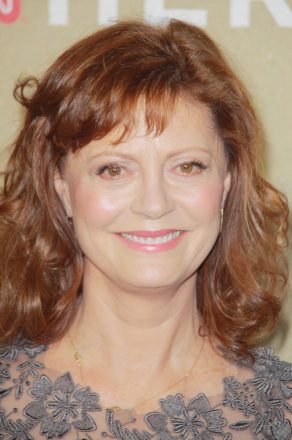 In The Meddler, Susan Sarandon plays a woman seeking love by ensuring that everyone around her feels full of it. Everything changes when J.K. Simmons comes along and pulls her from her madness. Sarandon talks about fame, what love means later in life, and the power an Oscar has on an actor’s career. 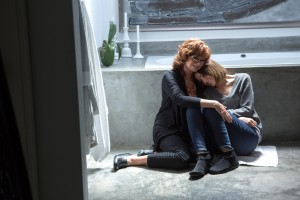 Q: You’re a mother of three. For you, have you ever been accused of being a meddler?

The secret to being a meddler is to do it from the very beginning so they think that’s normal. I definitely do, and they meddle back. It’s a mutual meddling thing, but I do not show up with eagle’s constantly. But I do send things constantly. And I text constantly. They don’t take my phone calls so I text, and I send videos and music and they do the same thing and books — that kind of meddling. But I’m a big believer in making mistakes. So, I encourage my kids to fail constantly, so I always assume that they’ll get back up. They ask me for advice. I give it, but that doesn’t happen to often.

Q: How exciting is it for you to have a romantic leading part in a film like this? Not too many of them are bring written anymore for the mature audiences, and here you get to have sparks and romance.

We’re going to be in the spinoff. I love every film I’ve ever done no matter who the people are because for me the bravest thing and most moving thing anyone can do is to decide to make contact with another person. And be intimate with them, not even sexually, but just to be seen. And I think that makes you so vulnerable. So, when I go to the movies I want to root for that contact. Whether it’s with a kid or another woman — it doesn’t really matter. Just that moment you decide you’re going to be vulnerable to another human being. 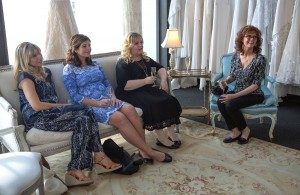 Q: How did things change for you when you won the Oscar?

Nothing changed. You get to get out of your seat. Instead of saying, “Four time loser.” They say, “Academy Award Winner.” It didn’t really change anything, but it gives you a chance to say that, and that becomes your label. I’m not knocking it. It has been a lot of nominations in a short period of time, and think everybody was just, “Ugh. Give it to her.” Lawrence Fishburne was sitting behind me. By the time you’re at that point in the awards your blood sugar is so low. You’ve been there for hours and those last few categories are left. And he leaned over and said, “If you don’t get it this time we’re burning this place down.”  And that made me for some reason feel so relaxed. I thought, “Oh good.”

Q: What’s the right way for a daughter to deal with a meddling mother? And what are a couple of your pointers raising healthy kids?

I think they are in pretty good shape and I think growing up in New York helped because at least they knew they very privileged. They weren’t behind a gate somewhere. They didn’t have great cars amongst all kids that were actors. They were on foot with all colors and languages and religions and economics and everything else so at least they could see they were lucky and could take responsibility for that. I was very hands on and dragged them all over. We had our ups and downs. They’re great kids. They’re so funny. I just was always kidding that I wanted to raise kids that I could have dinner with. What I tell my kids is if we’re going into a situation with a multi-generations just pretend we’re in a sitcom. They press your buttons, then I say smoke a joint, take a drink, and do whatever you can to get perspective because there’s a time limit where that expires.

Q: Do you still believe in romance?

Q: How does that manifest?

That’s why Sunday’s are so miserable. I go out and everyone looks like they’re in love. I just hate it. I’m very romantic. I’m even romantic about my grandchildren. And I think that’s what I miss. I don’t miss a person from an old relationship, but I miss the being in love part. Because I like that. I’m really good at it. I miss not being able to have that kind of stuff with. But, you know…

Q: It could happen.

It could happen. I just have to find my Zipper (J.K. Simmons’ character).

The Meddler is  now playing in theaters nationwide.