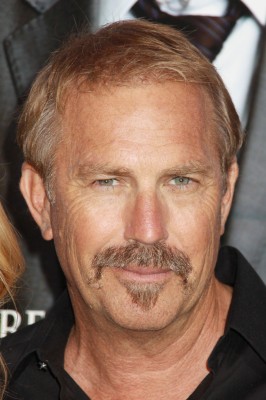 We have all enjoyed Kevin Costner playing the reluctant hero and while in his new film Criminal, the concept is similar, the trip there is violent and very different.  Costner, a celebrated actor, writer, director, and producer shares how he begins a new film project. He also gives us an update on his other project – environmentalist. 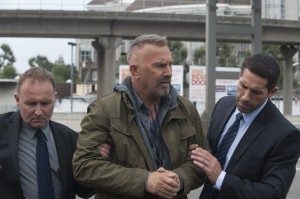 Q: After your initial read of the script for Criminal, what input or changes did you give Ariel Vromen (Director of Criminal)?

First off what you have to say to them before you join a movie– I’ve worked on about ten or eleven scripts where I never changed a line. So, that’s not an MO of me to come in and put my thumb print on things because I really love writing. But sometimes writing is mixed up and it doesn’t make sense and sometimes they understand other characters better than other characters. And so, my first question to people before I sign on is, “I’m going to have to have some things changed.” As opposed to saying, “I love it.” And then getting to set and saying you wanted to change it. And that really fucks everybody up. It’s not fair. So, really my approach is I usually tell people the bad news first. It’s not necessarily bad news. I just think this needs some work to find a level of humor in this that’s not winking at itself. I said he has to have some good moments. He has to be pleased with some things that happen, that he wouldn’t normally be pleased with. Like the music in the car. It’s got a good thump to it. It does. It’s got a good thing to it. 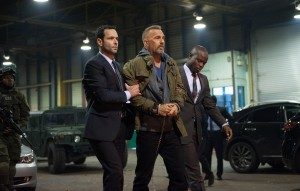 Q: At this stage in your life and career how and why do you choose to take time off to work on films or environmental projects?

Look. I have swung for the fences with certain types of investments that I think could really change the world. Oil and water separation. I never let go of that. Right now I’m on the verge of taking water out of oil and letting it go back into agricultural because of membranes and things. I have put an enormous amount of money in technologies. I try to do electric batteries and magnetic batteries. I have never been about trying to make my pile grow bigger. I never thought that I would have money, so I have a level of money and fame, but I do still have to work because some of the thing that I have and tried to do. I haven’t been somebody who’s going to make their pile bigger and bigger and bigger and bigger. No. I don’t have to do anything for the rest of my life. Probably even now I don’t have to do anything the rest of my life. But it might mean I might lose some of the things I really care about. And I don’t want to lose them. So, I have a level of obligation, but I try to serve myself more. And I have to at a certain point if I’m not going to be able to do the things I want to do. I have always been a storyteller. That’s why I invested so much time into the Explorer’s Guild. I haven’t worked for a year and a half. You might not think that, but I’ve probably done that four times in my career. I have not amassed the amount of movie that other people that you would put in my category have. I’ve stopped, and I just do what I want to do. 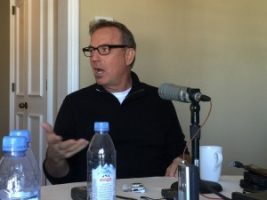 Q: Let’s talk about clean water project. What got you so personally invested in this and how has it changed your lifestyle?

I’m a big “what if” guy. I’ve been watching oil spills as long as you have. And they all look the fucking same. You wake up and there’s this water lapping on the beach. And there’s people with rubber boots and straw. And I’ve been watching that since like ’68 or ’69. And I was really stoned I think in the ’90s and I saw another one. And I saw the Exxon Valdez. And I thought, “Why can’t we separate oil from water at really high speeds?” And so I bought technology and put $20 million in it and figured out how to do it. And oil companies wouldn’t buy it for 20 years. It was called Sink. 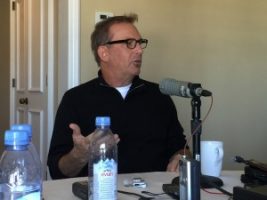 Q: Why do you think they were not on board to purchase it?

Because they’re a publicly traded company and a publicly traded company has a mandate which is to increase profits. And anything that doesn’t increase profits you’re not supposed to do. So, when you’re a publicly traded company what happens is you have a stockholders meeting at the end of the year. And thousands of people come and somebody stands up and says, “You just paid a billion dollars for cleanup equipment. Why would you do that?” And the CEO would say, “Because we’re going to continue to have oil spills. And when we have them we always get these big fines and these big public black eyes.” And so I decided here’s a piece of technology where we can actually do it, and not pretend to do it. Right now they pretend to do it. They put nets out there. They pretend to do it. But they’re hoping it will sink or now they know how to make it sink. So, what happens is that CEO who might be very evolved says he thinks it will be good for the company to avoid these future things and avoid these PR problems at least be proactive in this world. And then that person says, “You know what? That was my dividend. And did anybody tell you, you had to do that? Did the government tell you, you had to do that. Did the state tell you, you had to do that?” And so that guy is out because he just spent a billion dollars that could’ve gone to dividend people who also care about the environment. So that’s why. Until they are mandated to do something. They’re supposed to have equipment out there to clean. They do. Guess what? It’s their stuff and it doesn’t work. It’s called the MSRC. And so everybody has this warm fuzzy feeling that in every harbor there’s somebody who’s making three hundred grand a year and that boat sits there. But it doesn’t mean it works. You have to extract it out of the environment. And I knew how to do that. Well, I’m still in the business and I’m actually working with the oil industry now to do things. I’m probably not living as large as you might think because of that. Because it’s gone to a lot of things that are what if’s. I kind of like that and I’m not that smart about stuff, but I love engineers and scientists just like I love writers. I like to work with people. I like to collaborate. And I support them and encourage them. We can do this, but you have to work harder.

Criminal is playing in theatres nationwide.