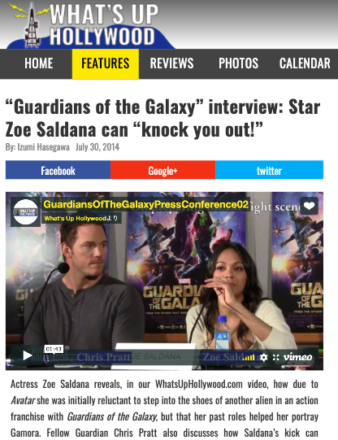 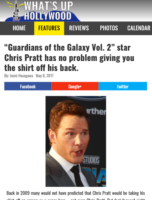 – “Guardians of the Galaxy Vol. 2” star Chris Pratt has no problem giving you the shirt off his back.May 8, 2017

Back in 2009 many would not have predicted that Chris Pratt would be taking his shirt off on screen as a super hero – not even Chris Pratt. But fast …» Read More 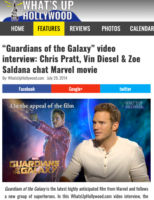 Guardians of the Galaxy is the latest highly anticipated film from Marvel and follows a new group of superheroes. In this WhatsUpHollywood.com video interview, the stars explore their eclectic cast … 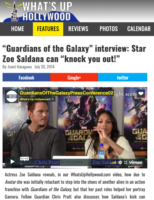 Actress Zoe Saldana reveals, in our WhatsUpHollywood.com video, how due to Avatar she was initially reluctant to step into the shoes of another alien in an action franchise with Guardians …» Read More 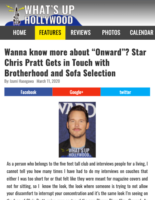 – Wanna know more about “Onward”? Star Chris Pratt Gets in Touch with Brotherhood and Sofa SelectionMarch 11, 2020

As a person who belongs to the five feet tall club and interviews people for a living, I cannot tell you how many times I have had to do my …» Read More