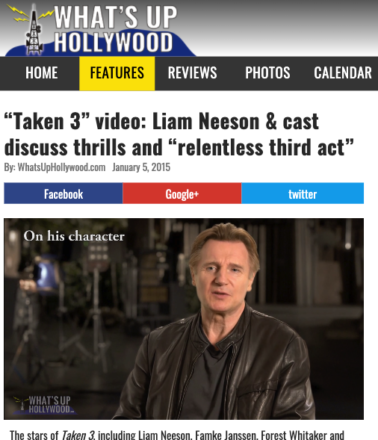 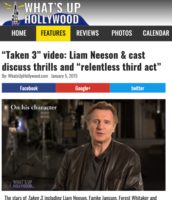 The stars of Taken 3, including Liam Neeson, Famke Janssen, Forest Whitaker and Maggie Grace, chat about the third film in the action thriller series in this WhatsUpHollywood.com video.   » Read More 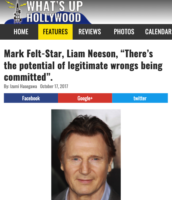 Watching the trailer for Mark Felt – The Man Who Brought Down The White House, it feels a little like we have gone full circle in politics alas James Comey and Donald Trump; and that is just one of the things that make this movie so intriguing. The second is Liam Neeson and his portrayal of the infamous whistle blower, FBI Special Agent, Mark Felt.