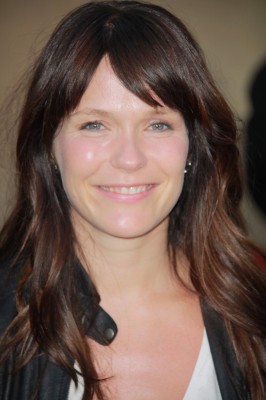 Actress Katie Aselton directed and played one of the leads in Black Rock, for which she also wrote the story, and her husband Mark Duplass (actor/director/writer) wrote the script. Abby, Lou and Sarah reunited to visit the island in Maine they grew up on years after Abby and Lou came to hate each other after an incident. The reunion had a very tough start, but eventually they rebuild their friendship through a life threatening experience.

The location of this film is on an isolated small island; a very interesting place. Katie revealed the island is very familiar to her and it seems like she got some ideas from her childhood adventures for this film.

We shot, literally, in my childhood backyard. The woods that you see in the film, I played in as a child. The fort that we were in was a recreation of something I had built with my best friend when we were like five. It was horribly constructed. But it was all doodled in. So that was my playground. My closest friend was like three miles away. So there was a lot of time I spent by myself out in the woods. I knew them very well. The beaches that we were on, I knew. It was really interesting and sort of special to sit there and take a quiet moment and be like, “Oh my God, if anyone had told me when I was six years old and playing on this beach, that I would come back and make a movie that would end up premiering at the Arclight and showing in theaters across the country, I would think you were crazy. You’re crazy.” But it was really special. My family was a huge part of making the movie which was really nice. As far as drawing on nostalgia, yeah, because that really was, for me, going home like the characters were going home. Like the town dock, that was my town dock. A lot of the guys on the dock were my friends’ dads from childhood.

Did they have a fun time at the location? The answer is: “Yes”. It was in the middle of Maine, but Katie entertained herself with “weird pictures” in her iPhone. How about co-star Lake Bell?

We would go over to her (Katie) parents’ house. We were living in separate cabins, like the girls were in the girl cabin and the guys were in the guy cabin. We would go over to her parents’ house down to the basement to find like a VHS to play. We were like, “Gee, which VHS are you going to get? Did you get ‘Ghostbusters,’ ‘The Right Stuff’?” It was just funny. It felt like boarding school. I went to boarding school, so I had moments of like flashes of that where it’d be like, “Wait, did you see the label on my Tupperware? Because that was my couscous. I don’t know if you… I mean, you can have some, obviously, but just — I just wanted you to know. 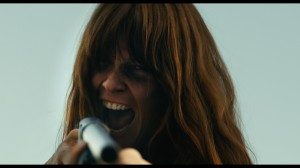 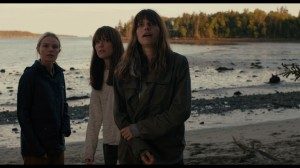