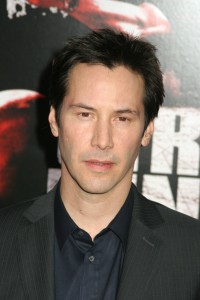 While normally seen as humanity’s only hope in big budget action films such as “The Matrix” and “Constantine”, Keanu Reeves takes a more grounded role in his new film “Generation Um…” A film within a film, we follow three single people for one day, living in New York City. They take a drug and sex riddled journey of self-discovery. It was the director Mark Mann’s script that got Reeves attention.

“I would say there are hundreds lines in a film, out of 99% of them was scripted. Except for the last sequence at the end of the picture during the credit sequence, that was completely improvised. But everything before then, I think there’s like three lines that are…It’s a testament to the script and Mark’s writing that he could write something so ‘naturalistic.”

Reeves also candidly explains to his fans his recent absence in theaters.

“I found out about this script while I was making “Henry’s Crime”, the producer Alison was working on that picture and she showed me a script. I was like, this is amazing, I’d like to meet the director and the writer and that was Mark. We met and got along and went on to make the film. After that, I’ve been away a couple years working on another movie. That’s why I haven’t been around. I’ve been working.”

To see more of Keanu, look for the release of “47 Ronin” and the documentary “Side by Side” coming out soon. Another one of the projects keeping Reeves busy is his directorial debut, the upcoming action movie “Man of Tai Chi”.

“It’s an English-Chinese language Kung-Fu movie and it’s basically about a young man who gets involved in underground fighting to save his temple and whether or not he loses his soul. It was a story developed over the past five years with the lead actor Tiger Hu.” 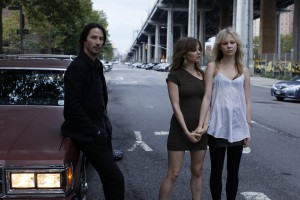