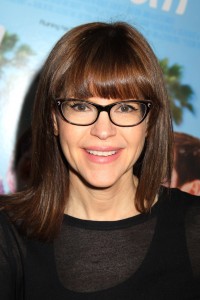 Singer-songwriter and actress Lisa Loeb plays Mrs. Moore and contributes three songs to the coming-of-age comedy HELICOPTER MOM.  How did the two tasks come to her? What is the meaning of music for her? In this WhatsUpHollwood.com interview, she also dicusses beauty tips and motherhood. She also greeted us in Japanese! 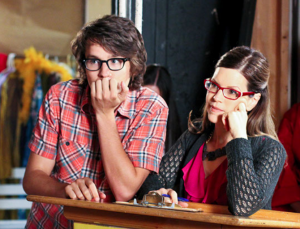 You contributed three songs to this project and you’re also in this film as an actress. Which one came first, and how did you become involved?

I think they both came at the same time. I’m friendly with Salomé (Breziner), who is the director, and she at the same time said that she wanted me to write the theme song for the movie. I think at first we were trying to use songs that already existed, to be the opening title song, but then we quickly realized that we should write something new that fits exactly for the movie. So Salomé was really gracious, she connected me with another musician named Chris Unck that she works with a lot, and we actually wrote at her house in the canyon.

And then I also acted in the movie, she knew that I’m an actor, and it was something that I wanted to do more of, and this was the perfect role for me. I’m a musician and I often get asked to play a singer-songwriter in a movie, or a rock-and-roller, this was a better role for me because it was closer to me. Being a teacher, a serious, quiet, down-to-earth teacher who cares about the kids, who’s responsible, that was the kind of role that I really wanted to play. It was great to be able to do that for her.

What is the definition of music for you? 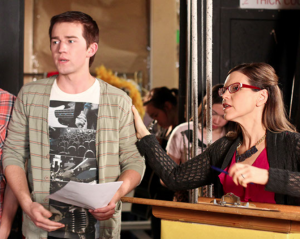 Yes, huge break. To me, I think of Ethan more as a poet. He’s an actor, but he’s thought of as a poet. He’s an artist. And I think there’s a side to him it’s very zen and what happened happened. He definitely helped me. Whenever I see him, I tell him what’s going on and how much I appreciate it. I talk about it all the time in interviews, but on a personal level, I think he understands how much I appreciate it. It was something important for him at the time also. He was excited about the song. We really wanted to share it with Ben Stiller, who put it into the movie.

I don’t know if he’ll ever understand what a big deal it was for me, but I think “thank you,” and the ability to work with each other, and he directed my video (“Stay”), I think that gives him a satisfaction. He doesn’t even really need an extra special thanks. 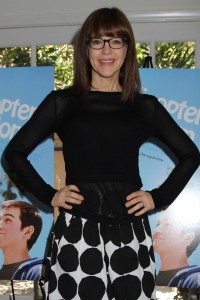 You wear glasses, not contacts. Why is that?

Well, I need glasses. I think I’ve just gotten used to them. Also I’m allergic to contact lenses. I can’t wear them for long periods of time or many days in a row. Recently I got some new contact lenses because for acting and auditions for a role, I don’t like to wear glasses. But I can’t wear contact lenses for long, long periods of time and that’s something I’ve just accepted. And now people talk about how much they enjoy seeing me in my glasses, so I don’t feel uncomfortable with it. Sometimes people feel shy about certain things, but since it’s something I’m always hearing positive things about, I’m just used to it now. 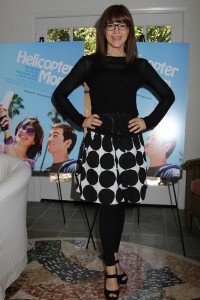 Your beauty hasn’t changed at all in 20 years. What’s your secret?

I think good lighting is good. Don’t wear too much makeup. I think makeup can make you look older, especially on your skin. A little cover up. I got tips from Bobbi Brown in a magazine.  Always wear a little bit of under-eye cover up, cover your redness just a little bit. Have a little color on your cheeks, a little mascara, a little eyebrows, define the parts of your face that you want to be well-groomed. I also eat pretty well and I drink a lot of water, as many as I can. And sleep is a priority for me. I don’t always get it lately because I’ve got two young children and a busy life and I procrastinate on going to sleep, so I go to sleep too late. I think 8 (hours) is good. I mainly drink water, a little bit of coffee, a lot of fresh fruits and vegetables, and proteins. Also foods that make me happy like pizza and fried chicken, and cupcakes. A good balance of what makes you happy and what’s good for you.

What’s the most surprising discovery you’ve made since becoming a mom?

I think one thing that’s been surprising to me is how important my career is to me. I’m trying to balance my career and being a mom, and being a mom is more important to me than my career, but I realized that sometimes I take my work for granted. Before I had kids I didn’t have to choose. I like to work and I work a lot. But I realized that I take, especially the creative part of the work, for granted. I’m trying to work on how I can structure my life so that I can focus on that also, because that is important for me as a human, and it’s important for my children to have a mother who is a human as well as a mother. My main job is to be a mother but it’s also my job to be a role model and to take my own life seriously.

HELICOPTER MOM opens in Los Angeles at Arena Cinema and on VOD on April 24.