Russell Crowe on directing THE WATER DIVINER: “I just cut out the middle man” 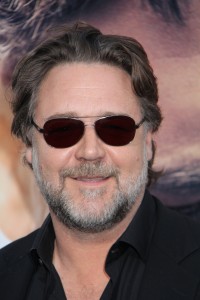 Russell Crowe’s debut as a feature film director, THE WATER DIVINER, is a drama  set in the aftermath of World War I and based upon true events. Crowe plays an Australian man who travels to Turkey after the Battle of Gallipoli to recover the bodies of his dead sons. Why did Crowe choose this story of redemption and discovery as his segue into directing? What did he learn wearing a director’s hat? As this interview began, Crowe passed around his rugby team cap and began to answer these questions. 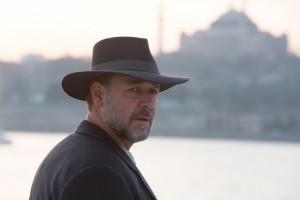 Nine years ago I spent some of my ill gotten gains on buying a majority of the shareholder in my childhood rugby team. The South Sydney Rabbitohs had become perennial losers but when I was a kid they were a championship team. The previous four seasons before I took over they came absolutely last. One of those years they came second to last only because one of the other teams had their points taken off for cheating the salary cap. So I took the team over and changed the culture from the ground up and took them from being perennial losers to competitors, then competitive to being dominant. Then last year on the 5th of October we raised the NLR trophy for the first time in 43 years. Since I was seven years old. 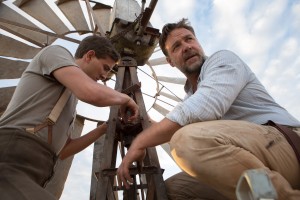 Why did you decide to helm this project as well as star?

This came out of the blue. This chose me rather then I chose it. I was in the middle of the most busy professional year that I had between 2011 and 2012. I did five feature films, MAN OF STEEL, BROKEN CITY, LES MISERABLES, NOAH, and WINTER’S TALE. Normally when you express interest in more than one thing, they cannibalize each other and then you only get to do one thing. Somehow five group of producers managed to work it out, so I was essentially working continuously. In the middle of all that, all this personal stuff happened, my kids, separation, then the script arrives. So I read it and I have such a visceral connection to it and a cultural connection because the battle of Gallipoli, which was a massive touchstone for Australians and New Zealand and remains so today. It’s a story of a man and three sons who go to war and don’t come back. I’m a father of two boys so of course it’s going to hit me at a certain level. There was an opportunity in the script to do what very few war films or films that touch on war do. That was to show a balance, that there has to be bravery and compassion and grief on both sides of any conflict so it just hit me. I found this voice coming out of me that I’ve never actually heard before and probably the thing that I’ve been waiting for. When you go and meet directors, the wishy washy one, the one that isn’t sure about what they may or may not do, is not the person you want to work with. You’re going to want to talk to Ridley Scott who’s going to say I’m going to do this and this and this. It’s going to be fabulous and I’m the only person in the whole world that can tell this story. So this voice was coming out of me that hadn’t been there before. So I knew that all that accumulated experience and intellectual concepts aside, I was ready. 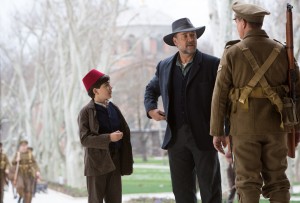 What did you learn about yourself as an actor while you were directing?

It’s a simpler transition than somebody from the outside of the business might imagine. If you’re a certain type of actor then eventually stepping into a director’s shoes is a natural transition. I’ve always been the actor that’s been focused on the narrative. Where my character is in the story, how it can benefit the story. I’ve always had a technical aspect, what the lenses, how the camera is going to move, how I can feed the information the director requires within that move. If you’re that type of actor, narrative base, technically proficient then the next step is really not that far. Funny enough, if I’m creating the composition, it’s easier for me as an actor because I just cut out the middle man. I already know what I want to get out of it. 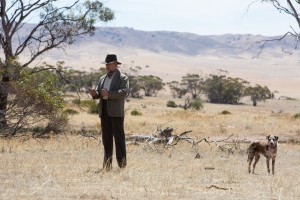 We heard your dad was a water diviner.

Well he would never call himself that. In fact when I started talking to people about it around me he told me that I need to stop telling people that, I’ve never found a body of water in my life [laughs]. I told my dad that in 1978 we were in Auckland and came out of a house and some council guys were on the street looking for a broken water pipe and he went inside and got an old metal coat hanger, he undid it and shaped it into as Y and walked up and down the street and stuck it in the grass and said the break is here. We went off to work out and came back three hours later and that’s where the council was digging. Then my dad said well I can find a broken pipe. So I knew it was a real thing because I’ve seen him do it.