Michael Rapaport talks LITTLE BOY: “There’s so much a part of me that still feels like a kid.” 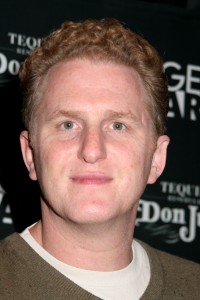 LITTLE BOY, the new family drama from director Alejandro Monteverde, is about a diminutive eight-year-old boy (Jakob Salvati) who finds his inner strength as he tries bring his father (Michael Rapaport) home from the World War II battlefront. Within this period story of family bonds set in small-town America are universal messages about the timeless problems of bullying and racism, as the child is harassed for his small-fry stature and his unwavering belief in the impossible, and the town’s Japanese-American residents are subjected to wartime discrimination and mistreatment. In this interview, Rapaport talks to WhatsUpHollywood.com about his interest in this story, from his experience as father of two sons and his personal experiences with bullying, and with Japanese culture. 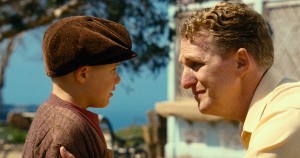 The first thing is the father-son relationship between both the sons. I have two sons. They’re 13 and 15 now, so I’ve passed the age that I had with Jakob  in the movie, but I grew up with my father and that relationship and that time means a lot to me and I appreciate it. My kids were close to the age of Jakob while we were filming, and the father-son relationship and getting a chance to depict it was exciting, and all the historical stuff and the war stuff and understanding that was good. To be honest, it was a really beautiful script, it was very well written, and Alejandro (Writer-Director Monteverde) and Pepe (Portillo), the other writer, they were so excited and passionate about it. 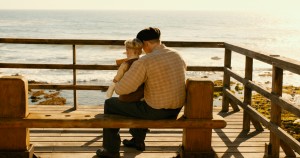 What was your prior experience with Japan and Japanese culture?

Well as far as Japanese culture, some of the stuff I wanted to learn about was really re-learning what was going on in history at the time, and American history, and what got that war in motion. I was not aware of the extent of the racism. When you look at the films and cartoons that were being made, I had never seen it. I had seen a little bit in history books, but I bought books when I was researching the film and trying to get as much information as possible about what was going on at the time. The extent of the racism was vile. It was interesting to really learn about that, and to learn that that was accepted by the masses. It was crazy, to think that people were thinking that was OK. I understand it, but it was also something that should never be duplicated. Unfortunately it still goes on today, different people being pointed out and different people being criticized. But it was very out in the open back then. It was blunt. 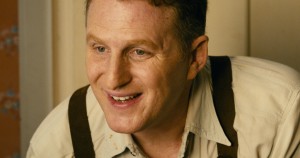 What are your thoughts about bullying? It continues in today’s society, in many forms.

Yeah, that is true. Because bullying is sort of a topic now, and obviously it’s something that, when I was a kid, I don’t think was articulated as much. Bringing bullying to the forefront is a good part of political correctness. I think that, when I was a kid, it was kind of like, only the strong survive. But in this day and age, and I think it’s a good thing, again, you’re exposed to it because of the cameras and the internet, it’s a whole other thing. If I videotaped my childhood, I’d be an Internet sensation. But the bullying aspect of the film, I think, is very timely. And I think it’s done in a very genuine way, and I think as far as storytelling, the little boy is getting bullied by the local kids because they think he’s easy prey. In the film, my two sons, they are bullying Hashimoto and everybody’s doing it and having it done to them. And unfortunately, it’s a part of human nature, but I think it’s good people are becoming more aware of it. The damage that it does to people and the insecurities that it does to people and of course the physical stuff, when it gets to that, is stuff that shouldn’t be accepted and you see so much of it because of the cameras and all that stuff. It’s so disheartening. I think this film has timeless themes and messages. And I don’t think it tries to answer them also. I don’t think this movie is manipulative.

I don’t have any idealistic notions of parenting. It’s the good, the bad, and the ugly. It’s a challenge for every parent. Hopefully you make it through. Because there’s so much a part of me, Michael Rapaport, that still feels like a kid. I still relate to much to being 15 and now I actually have a fifteen-year-old, and I’m like, “Oh, Jesus,” because I know, “Oh no, look what I’m up against.” Because I know at a certain point you start to block out your parents and stuff like that. So, as far what I related to and what pulled me to this movie–and also I don’t want to say regrets, like they’re not strong regrets, but I wish I was a little bit easier to deal with as a child, to my father. I gave my mother and father a hard time, and at the time you don’t know that. That’s the thing that was pulling me, because I know what you mean, in terms of projects, there’s usually something there that, if you’re really connected to it. And it was hard not to be connected to this. Being one, on both sides of the coin, because it’s not an easy job.