“Mindgamers” star, Tom Payne talks Quantum Theory and what he would personally do if he could manipulate minds 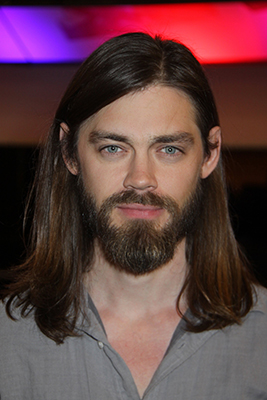 Tom Payne is best known for his role in the popular television series The Walking Dead, but I’m willing to bet that is about to change with his mind blowing role as Jaxon in Mindgamers. Tom opens up about his experience learning Quantum Theory and explores with us some of the possibilities and dimensions this movie will exist in. Mindgamers is guaranteed to toy with your minds.

Q: Give us a little background to your character Jaxon. How did he read on script and what sort of research did you undertake to perfect the role?

Well, I’m a big sci-fi fan and first of all I was excited to do a sci-fi movie just on the face of “Wow, this is cool and interesting.” The character itself is hugely ambitious and willing to do things that maybe other people wouldn’t do. It was his ambition that I chimed with, and I was hugely ambitious when I was growing up. I would credit that to where I am today. He pushed it a bit further than I would and doesn’t necessarily take other people’s situations in hand and will just do whatever it takes to get a long way.

When I read the script I said, “Oh that’s an interesting idea.” I knew nothing about quantum theory. This is a cool introduction, and it was interesting context because I’m not a religious person. There’s definitely an energy and something else going on that we can’t work out. Scientific research into that kind of thing is really interesting to me.

There’s a point in the movie where one of the characters commits suicide and my character, and what’s most fascinating to me is that my character looks at that and he isn’t sad or anything. He looks at that and goes, “She’s figured it out and forced the next reality into existence.”  That was really cool, that moment where it doesn’t affect my character in any way apart from, “S**t, maybe she got the better of me and I’m too cowardly to take that step.”

In the life that we live, obviously suicide is very sad and we lose that person, but it’s only sad because we don’t know what’s after if there is anything after and where that person goes. For that to be challenged in the movie was a really interesting concept to me. I just like how it questions reality and how these scientists that we’re working with, and they’re all around us today are working on these problems and trying to further humanity and find out more and more about what it’s all about.

We just spend our time distracting ourselves with money, clothes, Instagram, and stupid bulls**t wars. Actually, hey let’s go to the moon, let’s figure out life and death. That’s really inspiring, and I think this movie definitely leaves you questioning all that stuff.

Q: Who do you think the target audience for the movie is?

I think it’s an ADD (Attention Deficit Disorder) movie. I think it’s this generation of clicking everywhere and looking for information. The movie never stands still. It’s not linear in the way of any movie I’ve ever seen or been involved in, which when I first watched it I was thinking, “Is this good, and is this bad?”

You don’t come away going, “That was terrible,” or “That was the most amazing thing.” You come away going, “Hmm, I need to think about that.” The movie takes place in (either) a few days or a second. That’s how it comes at you. You jump from here to here to here to here. There’s the concept that everything happens all at once, and that everything and every decision has a hundred other decisions and they’re all made at the same time.

The target audience is people who are intrigued obviously in quantum mechanics, quantum theory and the questions of what this is all about, why are we here, what are the alternatives? It’s for the gamer generation, kids who want something new and exciting. Visually it’s stunning to look at and has a great soundtrack. Honestly I’ve never seen a movie like this before, and that’s why I’m at the end of it and I filmed it. I’ve watched it twice now and really thought about it, and I’ve been in the thing and known about it for years. I’m really excited to see, especially the experiment, what people take away from it.

Q: How would you describe your character? Is he innocent or wants something from this experiment?

I think he’s innocent in the way that any young person is innocent. When you’re in your early 20s, you’re searching for yourself as well as where you fit and other answers about the world. You’re quite tunnel-vision about things. I don’t think he’s in that stage where he has to think about other people, because he needs to figure out stuff for himself and the burning question that he needs answered. I just think it is youthful ambition, but maybe a little too much.

Q: Does he know that his experiment might be used for bad purposes?

Q: What were the challenges as an actor that you’ve never done before?

That’s tough, and we asked a lot of questions of the director (Andrew Goth) and the producer and writer (Joanne Reay) just to help stabilize ourselves in each scene. You’re playing a character that is in this moment and you’re not aware of the construction of the movie. You’re playing whatever the scene is at that point and that’s all you can do. That’s what you fall back on actually, so you just play the scene as it is in front of you because you’re not aware of where you are in the movie.

That was (hard) stuff. To plot a character arc, you want to say, this character starts and ends here, (which) is tough to do in this movie. Actually we all just put our trust in the creatives in the scene and play it as we saw it. 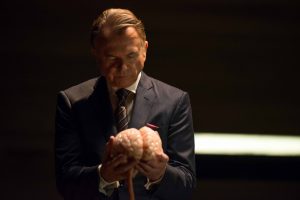 Q: If you could hack into the human mind, what would you do?

Well, you have to find out hopefully a lot more about why certain people are the way that they are. Some people are more selfish than others. I find that people have asked me what I would share, and I feel that I’m a person with a lot of empathy, which helps me a lot with my job. I would like to share that, because I feel like a lot of problems that we have is that people have trouble putting themselves into other people’s shoes.

If you can’t imagine yourself as a Syrian refugee running from that country, then you’re going to have a problem. If you can, then there is no problem, (it’s like) what are you even talking about? I find that quite tough. I think that was what would be useful. To get into people’s minds and allow them, not force them, to see the world from another person’s point of view… I think that would fix a lot of stuff. I think that fixes racism, sexism, and misogyny. I think it solves all the problems if you can have empathy and we can all help each other. 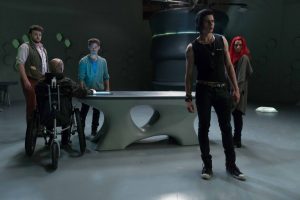 Q: On the flipside what is the negative aspect?

The flipside is that you can manipulate people and I mean people do that already (and) all the time. I just think it can be more fine-tuned. That’s what’s really weird and scary at the same time. We’re not that far away from finding the human mind and plugging into the whole thing. If you listen to the two scientists with the movie, you can go both ways with it. You can go, “Wow this is really exciting,” or “Wow this is really scary.”

Especially knowing that there are people in the world purely out for themselves. I guess humanity doesn’t change. We’re all still the same people fighting with each other, [laughs] unfortunately. We can get to the reality of why people fight with each other and separate.

Q: If you could manipulate anyone or change them, who would you choose?

Anyone who is excluding other groups from their way of thinking. I play a character on this television show who just mentioned he was gay. That’s come out on the internet now, and in the comments, there are people who have a problem with that. For me a lot of that makes me say, “Where does that come from, and why do people feel that way?”

Actually, what difference does it make to you? Going back to the whole empathy thing, it would be interesting to take someone like that and put someone in the shoes of someone who is gay or whatever their prejudice is against. I think that’s the best use of it really.

Q: If you choose a particular mind to hack into, which would you choose?

Oh there are many. I can’t pick one, because there’s a very obvious one that I’m not going to say. 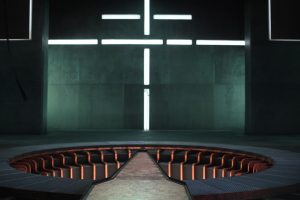 Q: Is there a person that you would like to communicate with who you normally cannot, who would you choose?

There’s a bunch. All the usual ones: Bruce Lee, Mahatma Gandhi, the Dalai Lama. There’s a bunch. People always ask about heroes and I find that kind of tough because I can’t put one person above another and I can’t say that one person is better than anyone else because I feel that everyone is capable of reaching Nirvana in whatever mental state that person is at. It’s good to learn from people?

Q: What about your family, would you like to know what they’re thinking?

No because I think it might make me sad. You always want to understand people and help them, and heal whatever pain they’re feeling. That’s tough, and you would try to understand something that’s too close to home. I would hand that off to someone else.

Mindgamers is currently playing in theatres nationwide. For theatre locations and ticket info, visit the film’s official website at http://www.mindgamersmovie.com/#/