Naomi Watts appears as a strong female character in “Insurgent,” confesses she promised herself “I would never do that (physical scene) again” after the shooting of “King Kong” 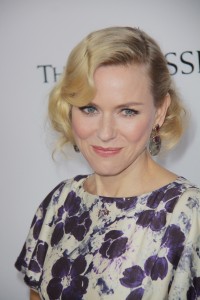 It was a great surprise to see Naomi Watts with dark colored hair and strong eyeliner make-up in her role as Evelyn, a strong female character who leads factionless people. Why did she take this physical role? And as a real-life mother, what are her thoughts about her character who abandoned her own child? 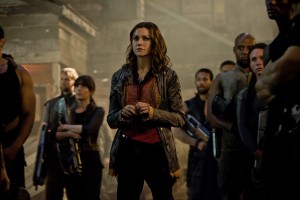 Q: This film is bit unusual from what you have done before, since you might have some physical scenes. How exciting was it to be part of this and what interested you about the role?

Well, exactly as you said, it’s something I haven’t really done that much of, and I remember back in the day, when I was sort of at the very end of my days being in “King Kong” and sort of having to do quite a lot of physical stuff, making the promise to myself that I would never do that again. But now I’m an older woman, a much more mature woman. I don’t have to do what Shailene has to go through but we’ll see about that for next [laughs]. But yeah, just joining a team, I saw the film, so I was incredibly impressed, and the sense of adventure and fun and at the center of it a struggle of identity. Who are we when we leave our families? Who do we become? What are we capable of? That’s something that never leaves us.  It begins at that point in your life as you leave the nest, and I don’t think we stop wanting to explore that question. So that drew me and when I arrived on the set, it was a little scary because this was a very well-oiled machine and I was just wildly impressed with how things were going and how fast they were moving and how disciplined all of these young actors were and how unified they were. When there’s that many people you can sometimes sense a little rivalry here, a few little issues there, but they just felt very connected and very collaborative, so it was a great thing to be a part of, to join late in the piece. 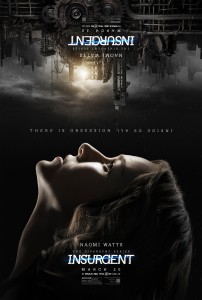 Q: As a mother to two boys, how did that affect your role in this film, as a character who has abandoned her own child?

Well it’s hard to imagine that you would abandon your child. So yeah, very hard to reconcile that one, but we know that she was going through something where she felt it was life threatening, a great deal of abuse that was a survival choice that she had to make. I think of course she would be filled with regret, and that’s what she comes in with the intention to try and resolve that relationship, but perhaps there’s something else going on as well. She knows that both of these characters are going to help her achieve things. So it’s hard to establish what her motives are in this movie. We’ll obviously explore that more in the next movie. But yeah I couldn’t imagine anything could be so bad that my children would be left, but this is the world of storytelling. It’s a fun character because that’s a complex thing to take on, you know, the regret, but she’s got drive and she wants to fix the relationship genuinely.  I do think that, but she also has things through the time that she’s become this factionless person. She’s strengthened and created this factionless as a powerful force to be reckoned with. This collective group of many different traits that have now come together and created great numbers and diversity. 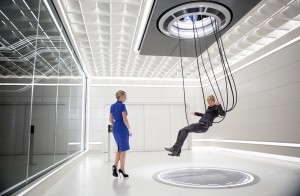 Q: Was it nice to have a new director being a new part of a series already getting going?

Yeah I would have to agree with that I was new no matter what, which is sort of how I go on in every film, unless you work with a director more than once. Sometimes you arrive late in the process of the filming and yeah, it does make it a little scary. You’re like, “Oh they already got this well-established technique going on and all the relationships that have come from being cozy and how do I fit in”. So that can always be a scary first day, but I remember when I first met Shailene I was like enveloped in this giant hug and it felt so warm, and like you said, just relaxed me right away. And Robert is someone who has made a great number of films in this kind of genre, and what you want as an actor is a great leader. I can’t bear it when I work with a director who is wishy-washy, who is like, “Oh what do you think?” or “I want to know…” I mean of course, yes, collaboration, but if they don’t have a plan or their vision isn’t clear, it’s nerve-wracking. Right away you sense fear, and I think that trickles down and gets messy. So someone that’s very sure of the vision is what you want most of all. And the collaboration, of course, because ideas will always come on the day that haven’t necessarily been discussed or aren’t necessarily there on the page, so that they’re moveable, and at the same time strong and clear.