Not retired yet! Evangeline Lilly plays a cool elf in “The Hobbit: The Desolation of Smaug” 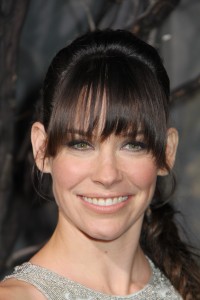 Evangeline Lilly became an elf in The Hobbit series. The actress plays Tauriel, who is not in Tolkien’s book but an original character in this series, and like the other elves, she is a good archer and fighter. She also has some romantic scenes in The Hobbit: The Desolation of Smaug. We thought she was ready to retire but Peter Jackson pursued her and pulled her back to the screen. 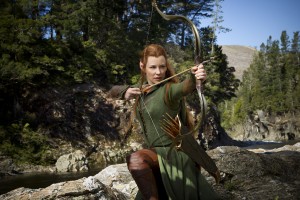 “Retirement, right. What’s so strange about retiring at 30? I think that’s most people’s dream. I was. I had retired into what I thought would be a life of quiet motherhood and writing, and didn’t really plan on taking any more acting gigs. It’s been about at least five years since I had taken a meeting or engaged in a new project. I was sort of off the grid, so to speak. I was so far off the grid that when Peter (Jackson) and Philippa (Boyens) were trying to find me to get ahold of me about this role, they couldn’t reach me. And somebody on their production team just coincidentally used to work with my partner, so he got a text message one day saying, ‘Peter Jackson’s trying to reach Evangeline. Do you think she might be able to pick up the phone, please?’ And so they did eventually get ahold of me, and of course because The Hobbit was my favorite book as a little girl and the Silvan Elves were my favorite characters in the book and it would be a dream come true to play one, I jumped at the opportunity. I picked up the phone very quickly. And then they said, ‘Your character’s not in the book.’ And I took great pause, as a great fan of Tolkien. I kind of gulped and went, ‘What? Everyone’s going to hate me.’ It didn’t take long for them to completely convince me that it was the right thing to do and it was a good idea.”

When Lilly heard her character has a romance with a dwarf, she paused for a moment. Then, she received a picture of the actor who would play her love interest, Aiden Turner, the handsome Irish actor. But she still had one condition before accepting the job.

“Philippa might not remember this, but I agreed to the job under one condition. And they agreed to the condition, and that condition was in place for two years. The condition was I will not be involved in a love triangle. Right? Because any of you who are fans of Lost, I’ve had it up to here with love triangles. And sure enough, I come back for re-shoots in 2012 and they go, ‘We’ve made a few adjustments to the love story.'” 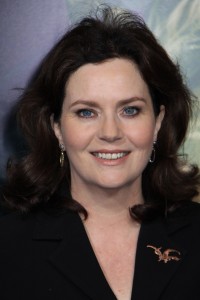 “Well, it was a ‘whoops’ moment. That was genuine. There really wasn’t a triangle, there wasn’t. But what happened was when we saw it playing and just that first look between Kili and Legolas, that kind of exchange of looks, was so perfect that we were like… And also interesting with Legolas was he hates dwarves in The Fellowship of the Ring. There’s this animosity that had to have come from somewhere. What was it about? And we wanted to make it a little bit more emotional than just, ‘I don’t like them.’ And then also when she came back, I said to her, ‘Hang on. Orlando Bloom, Aidan Turner — you’re caught between the two of them. I’m sorry, what’s the problem?’” 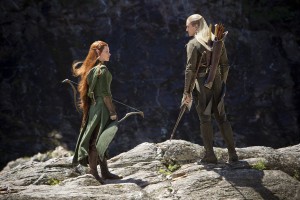