One of the busiest teen actresses, Elle Fanning from “The Boxtrolls,” reveals that she got jealousy from her friends over Robert Pattinson!! 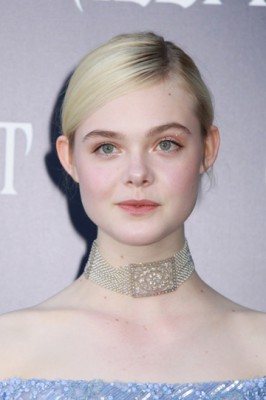 Elle Fanning is still in high school but she had one busy summer. She starred in Maleficent with Angelina Jolie and then did voice-over work for The Boxtrolls. In person, she is a very natural, ordinary teen girl. What else is she passionate about besides acting? What does she like to read? What music does she listen to? And what movies has she gone to see with friends? We got the answers! 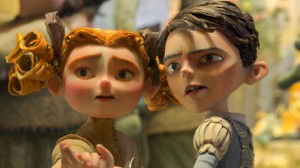 Q: When I was your age, I was interested in fashion, boys, music and movies… What are you into?

I do a lot of ballet. That’s something I’ve always done and still do. I go to a normal school, so I’ll be starting school next week (We spoke to her on August 23rd). Summer will be over. But then I only have two more years and then I graduate, so that’s exciting. But yeah, when I film, it’s only three months, four is probably max – that’s a long time – that I’m gone filming a movie, and when I’m not, I’m just at home, going to school, going to ballet classes. I used to play sports in school, but it was hard to do that because you’re part of a team and you don’t want to let your team down. So more individualized curriculars, I guess.

Q: Do you go to see movies with your friends? What did you see at the movie theater the last time?

I saw Lucy. Yeah, with friends. That was my last time, which was pretty recently.

Q: Two more years in high school… Are you already making plans for after?

Yeah, well, this year you take the SATs and ACTs and all that stuff, so my mom wants me to go on a college tour – East and West Coasts – so I think I’m going to do that. I just have to find my place. My sister goes to NYU and she loves it, and I just have to find the match that I like. She still works while she’s in school, so I hope I can do that.

Q: What will you study and major in?

I don’t know. I would love to do writing. That’s what I was thinking.

That would be cool. Or just creative writing in general. Maybe a screenwriting course if they did that. We’ll see. I want to write and direct a movie one day.

Q: What’s the music on your iPod right now?

I like Sam Smith. It’s unreal. I bought the whole deluxe album. It’s so good. [Laughs] 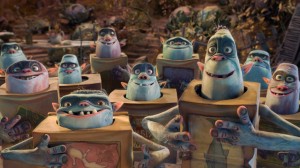 Q: What books are you reading now?

Well, right now, I have to read all these books for school. I have to read Frederick Douglass, and then also Under the Banner of Heaven, which is about Mormons. So those are the two I’m reading right now.

Q: You have the privilege of meeting famous people. Have you had an exciting moment or have your friends gotten jealous of you?

Sometimes they definitely are like, ‘Oh my God!’ And I remember during Twilight when my sister was doing that, they were freaking out like, ‘Robert Pattinson!’ So you definitely get like that sometimes. 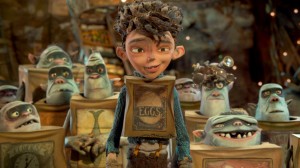 Q: How about Justin Bieber?

I’ve never met him, but yeah, I guess… I think Robert Pattinson, Taylor Lautner, those are the two guys who girls in high school that I’ve met have liked. So those are the only two they’ve freaked out about.

The Boxtrolls opens in theaters on September 26th.