Shailene Woodley Sets Sail on Another Amazing Performance in, “Adrift.” 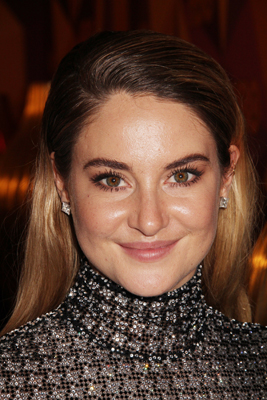 Shailene Woodley has always played females with a bit of an edge to them, but in Adrift, she takes it to a whole other level playing Tami Oldham. A woman who drifted 41 days at sea and survived. We chat with Shailene on filming this physical role, what she did to prepare and if she could be a sailor moving forward. 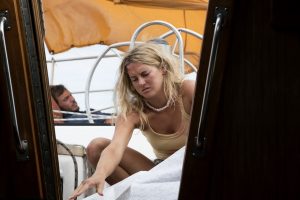 Q: What kind of research did you do to help you prepare for your roles?

We’ve learned to sail. I mean, I think it was important to both of us to really… You kind of hope that when sailors see this movie, they’ll  be like, Sam (Sam Claflin, played Richard) and Shay (Shailene Woodley, played Tami) know how to sail. I don’t know that they will do that [laugh] but that was the great desire, was to make this movie for sailors and to make this movie for Tami (Tami Oldham, character in movie played by Shailene), who’s a sailor. So, I think it was a lot of hours on the sea of learning how to tie different ropes and learning the new language, so much of sailing is cerebral more than it is even physical. It’s a completely different rolodex of words.

Q: Throughout the filming, what have you learned/discovered about nature?

I think the art of sailing taught me so much about how I don’t pay attention to the elements on a level that I wish in a way I did. To be a sailor you have to recognize where the wind (blows). And it sounds simple to say, but when it’s windy, I go outside and I go, which direction is the wind coming from? It’s such a foreign thought form to allow yourself to recognize where exactly the wind is hitting you and when the wind shifts and you’re forced to constantly be in communication with nature, with the wind, with the current. I think it’s just that language that I wish I had more of a connection to.

Q: What’s the biggest adventure you have had?

I mean, filming this movie it was definitely, up there and the biggest adventures I’ve ever been on every day felt like an adventure on this project. But yeah, I would say I can relate to her bag of on nature and her desire to see the world and immerse yourself within different cultures and understand cultures from a local’s perspective versus from an aerial perspective.

Q: Can you rate yourself? How good are your survival skills?

I’d like to think that I would be great too. I think the biggest key to survival is just your mental ability to, well fuck, I don’t know. When you’re in that situation, who knows? I think I will say though that Tami’s survival is, I would not be able to survive at sea the way she was because I don’t know how to use sextant. And so much of our lives now are dependent on technology that we’re not actually taking the time to utilize the tools that ancient navigators or mountaineers or people who live in the woods that they utilized. When the accident happened the way, it did and all of the electronics went down, if she hadn’t known how to use the tool that cross references that sun with the horizon or the stars at the horizon, then she wouldn’t have made it. So, as strong as she was mentally and as much endurance as she had, she also had this skill set that wasn’t dependent on technology. 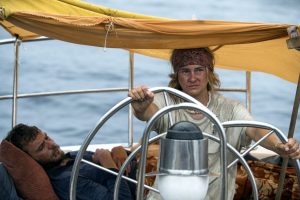 Q: Do you think you’re a big activist for being involved in human resources?

I mean, I don’t know that this is the time or place to get into that, but I will say that I think it’s beautiful that women and men are uniting to have conversations about a lot of things that for a long-time people felt there wasn’t the space to have those conversations.