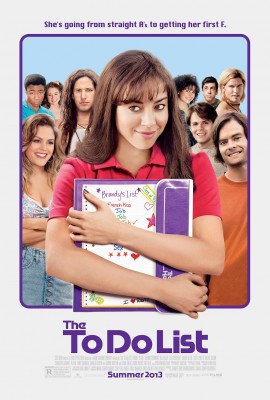 Overachieving class valedictorian Brandy Klark (Aubrey Plaza – Scott Pilgrim vs. the World, Parks and Recreation) has graduated from high school and must now get ready for college.  A methodical planner, Brandy has made up a list of things she must do to get ready for college, but after her friends take her to a college party, she decides she wants to be part of the college social scene.  This decision, along with some advice to “do her homework” leads her to make up a new “To Do List” of different experiences she wants to have before college, including losing her virginity. 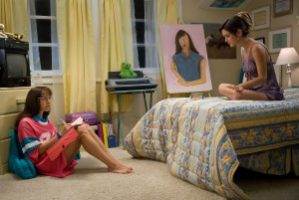 The To Do List is the writing and directing debut of Maggie Carey, who loosely based the story on some of her own experiences.  Set in the early ‘90s, it captures the atmosphere of the times.  It would seem that a lot of the humor is going to come from Brandy’s social naiveté, including misunderstandings of several sexual innuendoes.  Please note that the green band trailer has toned down a lot of the content of this R-rated film.

If The To Do List is on your “To Watch List”, look for it in theaters July 26.