“The Leisure Seeker” star Donald Sutherland shares his secrets to life, leisure, and getting a Ferrari. 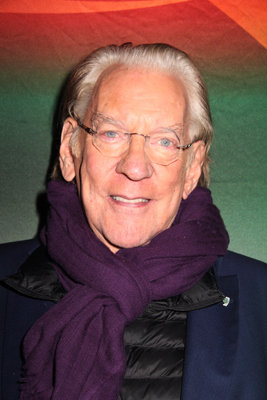 It’s about time we have a new film to celebrate the baby boomers on the silver screen. In a time when simple life challenges are met with the hashtag, #TheStruggleIsReal and adults have glorified the thumb war in daily trivial Twitter tirades, it is so refreshing to be reminded of simplicities and complexities of life and life’s challenges.  The Leisure Seeker star and Hollywood vet, Donald Sutherland, now 83 years young, shares  his secret to staying happy and healthy as you age, and how to score a Ferrari! 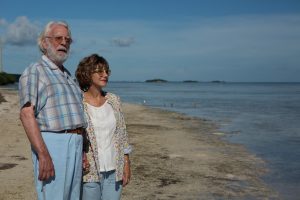 Q: For those of us who’ve reached middle age…

Everybody has to speak up because I’m as deaf as a post.

Passion. Joseph Bronsky gave a lecture in 1988. He gave the commencement speech to Dartmouth College. He went on about how your graduating today. It’s the best day of your life. It’s going to be straight downhill from now on. And, he gave a quote in the middle of it, an instruction to the students, and it stayed with me since 1988. He said, “Try to stay passionate. Leave your ‘cool’ to the constellation. Passion, above all else, is the denial of boredom.” And, it’s true. For me, this business of acting, of working, is a passionate endeavor. To cull out the truth. To persuade people. To advance, maybe a little bit in their lives because of my experience with the characters that I’ve played.

Q: Do you consider yourself an explorer? Have you had road trip?

An explorer? I think my work is a constant explanation into the human condition. Yeah, sure, if you live in Canada or in the United States, you take trains, you take cars. Sometimes you take buses. I took an RV once but only because it was part of a movie I was working on. But, mostly in cars. In fact, when I was making Kelly’s Heroes (1970), I went over there for six months, $1,600. I got in the car and the driver took me over to Bologna and through Trieste because I was in Yugoslavia, at that time (called) Yugoslavia. I had a bag full of $1,500 worth of lira. I wanted to buy a Ferrari. You could. It was three years old. It was a 275GTB 2—an extraordinary car, red, in the window. They wouldn’t talk to me. I had a beard. I looked how I looked (scruffy) in Kelly’s Heroes. What was I going to say? “Woof! Woof!” No. So, finally I said how much is the Ferrari and nobody would pay attention … there were two guys sitting there talking, and finally I dumped this bag of lira and they gave me the keys. I drove it. I went to learn some stuff and then I went to Genoa and put it on a boat to New York. And then I drove it with the fellow that was working with me on the film from New York through New Mexico to Los Angeles. That was in 33 hours. [Seeing the director walk in] Paolo’s (Virzi) here and I have to go. I have to go, Paolo, because I have a doctor’s appointment and we are running late. So, it was a very fast trip but it was a trip across the country, and I’ve made many of them since. Thank you, everybody.